Effective leaders lead by example and deliver on their promises 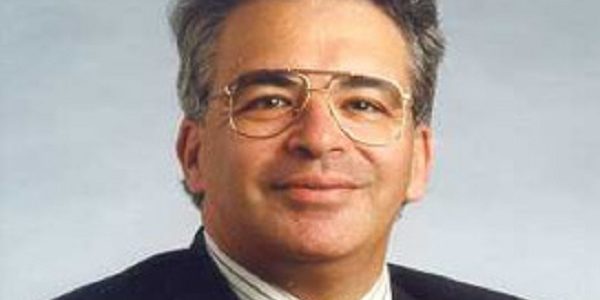 By Forum member Professor Danny Samson, Director of the Master of Enterprise and Master of Supply Chain Management degrees at the University of Melbourne

Effective leaders lead by example and are true to their commitments. They deliver on their promises, and then and only then can they and do they expect everyone else around them to do the same. Leaders set standards that others follow. When leaders say one thing and do another, meaning they don’t deliver on their promises, then it sets a poor standard indeed for others, and the organisation will perform poorly. However, good leadership has a positive and powerful effect – when our staff see us achieving and delivering on our agreed commitments, then they will also do so!

When I have been fortunate to study first hand many of the world’s best companies, and as part of that to observe what their leaders were doing to achieve their industry leadership, some key principles were of integrity and discipline. These were strongly connected to a third key principle which was implementation excellence.

Integrity boils down to openness, honesty and truth telling, and I observed that in great organisations, leaders deliver on their promises as part of that high standard of integrity. It’s about treating all stakeholders with respect and finding ways to create mutual win-win value for all parties. Companies such as HP, Toyota, BHP, and ABB can deservedly be admired for always striving to take the high road on integrity. Given what we have recently seen coming from the banking Royal Commission, the same cannot be said these days about many of our financial institutions in Australia. To test the comprehensiveness of your personal and organisational approach to ‘telling the whole truth’, consider the stretching circumstance of how well we manage underperforming employees. Do we fully manage them, and tell them the whole truth, or do what is actually easier in the short term, and end up carrying passengers that weigh down the organisation and negatively impact on overall morale and engagement?

The discipline principle involves establishing and living by a set of standards, in terms of operating procedures, and to have stability in our processes. They facilitate effectiveness in delivery of our commitments. It is hard for anyone, even the most capable executive to effectively deliver on commitments if the organisation is basically out of control in its day to day activities, lurching from one crisis to the next, and stuck in the paradigm of firefighting these crises. I haven’t seen a better company than Toyota when it comes to stability, such that whenever an abnormality occurs, tremendous attention comes to focus on it, effectively problem-solve it and return to the stable standard. With such a stable organisation in place, when executives commit to engaging in new or innovative initiatives, they usually have time to effectively deliver on them, and the same approach has become part of the culture, right from the top floor to the shop floor, where most people take the same approach to delivering on their projects.

The implementation excellence principle is a high bar to achieve. It is imperative to delivering on promises, and really differentiates high performers from the rest of the pack. My research has found that when it comes to executing on major promises, there are two key requirements: first is to be well organised, which means planning and executing initiatives as formal projects, which require specification of timeline, budget and outcome. Executing to that plan only works well when there is a solid plan in place of course! Second comes the accountability for actually doing the work and winning the benefits from the initiative, which in great organisations has consequences, of both high performance and of low.

Leaders who put into practice those three foundational principles, of integrity, discipline and implementation excellence, usually do deliver on their promises, and moreover, they create the culture around them whereby others will do the same. And the converse is also true of course, that when leaders do not work at high levels on these matters of deep principle, we can expect their organisation to be ‘soft’ and slothful in its achievements, and to ultimately lose out from cutting corners and getting integrity and acceptable standards messed up, such as demonstrated recently at AMP and various banks. Readers are challenged to take your thinking further in two ways, by reading further about great leaders and their organisations where you will recognise these principles in action, and then to question ourselves and see where some improvements can be made on these three core ideas that collectively lead to full and timely delivery on our promises.

Ventilator project lead wants to recreate ‘the model that changed the world’
September 20, 2021

Reorganisation pays off for Austin with $30m contract wins
September 20, 2021

Rudderless: The instability of the Industry portfolio is shocking
September 20, 2021

Mining company Rio Tinto is to more than triple the local electricity network’s solar generation capacity at its Weipa bauxite operations in Queensland as #decarbonisation accelerates in Australia’s mining sector.

“It used to be done — that was called in-house commercialisation," says Jefferson Harcourt of @InnovationGrey.

"That was Bell Labs. Westinghouse. That model changed the world and works so well. So we want to bring that back.”