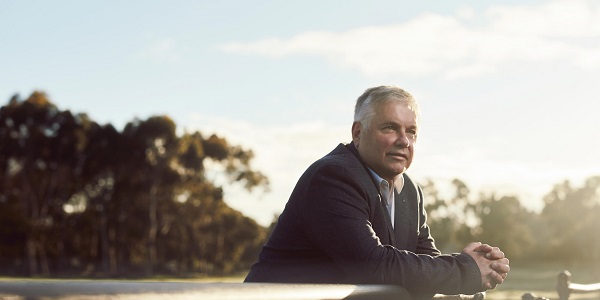 @AuManufacturing’s occasional editorial series on the real issues in the 2022 federal election continues today with a call by Senator Rex Patrick to rebuild manufacturing.

Over the past 50 years manufacturing in Australia has steadily declined, ensuring we have an economy that’s now over-reliant on raw materials and commodities.

Over those five decades there’s been no shortage of promises, plans, policies and schemes that aimed to rebuild manufacturing in the country.

Yet as each year passes Australia slips further down the scale of economic complexity and we become more dependent on foreign supply chains.

Whilst many may have not paid too much attention to the measure of economic complexity, we are all now very aware, thanks to COVID-19, of the risks associated with dependencies on foreign supply chains.

The question many Australians are now asking, is what has the government done to address these dependencies?

As we recover from the impact of COVID and the measures to deal with it, we can’t help but notice the looming abyss that is the largest foreign debt we’ve ever had, a debt in the trillions.

It will take a long time to pay this off and money is getting more expensive, decades of low interest rates are behind us, inflation is on the rise, and we’re going to need more money to pay off our debts.

My view is we better start adding value onshore.

Should we be selling iron ore at $160 a tonne to a mill overseas and then buying it back as steel for our own purposes?

We supplied one third of the global demand for lithium last year, which comes back to us as batteries in a variety of goods; cars, computers, mobile phones and home power units.

Having such deposits in our backyard would seem to be a pretty good basis to give an onshore industry an element of competitive advantage.

Selling raw materials off to be processed overseas so we can then buy them back as finished goods is unfortunately, not uncommon.

What makes this worse is that whilst there’s been much discussion about our reliance on foreign sourced fuels and lack of fuel security, we’ve overlooked the other energy components.

We’re building a reliance on foreign manufactured transmission towers, solar panels, wind turbines, batteries, isolators and chargers. Is this a pathway to another energy reliance problem?

As the largest island nation it would be reasonable to expect that we would have an effective naval ship construction, maintenance and modification sector.

However, it seems that what we do have is destined to be undermined with a propensity to preference overseas suppliers at every opportunity.

I realise we can’t manufacture everything. It doesn’t make sense and nor should we try.

But we should know which industries are critical for Australia, the required capacity of those industries and what the actual status is.

These are the industries that play a key part of the resilience and security of the nation, so in my view this is a responsibility of the federal government.

This is why I intend to introduce the Industry (Resilience and National Security) Bill into the next parliament.

This Bill will move the promises, policies and programs into law, as well as strengthening the existing laws to restore onshore manufacturing.

It will establish an Australian Industry Capability Commission, led by a commissioner charged with the responsibility of identifying the critical industries and required capacities, now and out to 2050.

They will measure those industries, establish plans for the development where required and benchmark them.

The Federal Government is the largest procurement entity in the country and this purchasing power can be used very effectively when used as part of a larger programme.

The US is doing just that under the executive order issued by President Biden on 25 January 2021, which said, “The United States Government should, whenever possible, procure goods, products, materials, and services from sources that will help American businesses compete in strategic industries and help America’s workers thrive.”

Subsequent to that executive order, the US has further strengthened its approach by introducing domestic content requirements and price referencing for critical domestic good in government procurements.

This programme is demonstrative of a government not afraid to back its onshore industries.

We need the same resolve and we need plans, when the chips are down, there’s a pandemic or worse a conflict, we must be able to sustain our people, our nation and our way of life.

Rex Patrick is senator for South Australia. A former submariner and political adviser he has been director of Acoustic Force Pty. Ltd. and BDM at Sonartech Atlas Pty. Ltd.