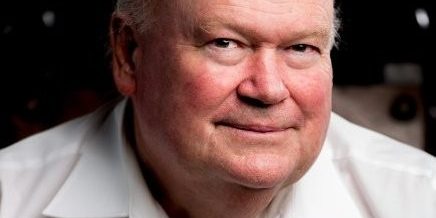 @AuManufacturing’s occasional editorial series on the real issues in the 2022 federal election continues today with this article by Allan Roberts.

What is blindingly absent from this election campaign, and politics, in this country is any recognition that an economy is a system. Each part of the economy has an impact on every other part, the entire system being interdependent.

That said, you could be forgiven for thinking the opposite if the current tsunami of disconnected blather is accepted as truth.

Australia’s income is less than our expenditure, and the position is deteriorating.

Also weakening is the level of manufacturing complexity relative to our global competitors. The most recent evidence being the Harvard index previously cited in these pages.

This is not a blip in the graph, it is a long-term structural weakness that must be addressed for maintenance of living standards.

So what issues are we not hearing about in this election?

The purpose of education is to offer equality of opportunity to all, while lifting the overall standard.

Our system has been bastardised over the years to accommodate political, fiscal, and ideological demands. The result is a distortion in the allocation of resources and the increasing polarisation of opportunity for Australian kids.

If we are to genuinely address the opportunities of the future, the State/Federal squabbles have to be sorted, and resources allocated to deliver that equality of opportunity.

A similar exercise needs to be done for the tertiary sector, recognising that technical and academic education combined will deliver the manufacturing and operational skills needed for future productivity improvement throughout the economy.

There also has to be the political will to implement, without which, we will continue to stagnate.

Despite the scathing third report by the IPCC (International Panel on Climate Change) released the week prior to the election being called, there is still no enforceable and comprehensive framework within which businesses can confidently invest in new and emerging carbon reduction technology.

We humans are just a small part of the ecosystem of the planet. For millennia we had no appreciable impact in the balance between what we removed , and what nature was able to put back.

Suddenly that changed, and we now take out of the planets ecosystem far more than the capacity of the system to replace it.

Yet disruption of any type leads to opportunities, and this crisis is no different.

Australian businesses combined with measured public support can capitalise on our natural and human resources to build sophisticated industries that service those emerging, often global niche opportunities in renewable technologies and products.

Never again should we discover technology developed here has been commercialised elsewhere, as we have with solar panels originally developed at UNSW.

Outcomes rather than Expenditure

Fiscal debate, such as it is, has been reduced to how much has been spent, with no reference to the return for that spending. We need to increase productivity of public expenditures radically.

Measuring outcomes rather than expenditure is much harder, but absolutely necessary if we are to improve the outcomes generated.

Our federated and short-term driven system works against the focus necessary to deliver strategic outcomes. Billions of dollars are thrown at the wall of grant programmes, most of which do not deliver outcomes that add to any sort of ‘vision’ for the Australia we would like to hand to our grandchildren.

CSIRO used to be a relatively apolitical and deep reservoir of scientific capability that was able to collaborate and co-ordinate across sectors and around the nation. That was before it was progressively gutted and politicised over the last 30 years.

The Labor party has just announced as part of their election platform a new defence research agency similar to the successful American DARPA model.

It would make more sense to re-fund and expand the remit of CSIRO, rather than starting again and risking duplication and turf wars.

We should not need an integrity commission, but sadly we do, desperately.

Democracies only work when there is trust in the institutions that run them, and by inference, the people in those institutions are trustworthy.

The fact that trust is so low is an alarming indicator, something every public body should be addressing, both by its own behaviour, and by increasing the level of transparency and accountability.

Allen Roberts is principal of StrategyAudit, a consultancy that helps companies identify and remove the barriers to high performance.