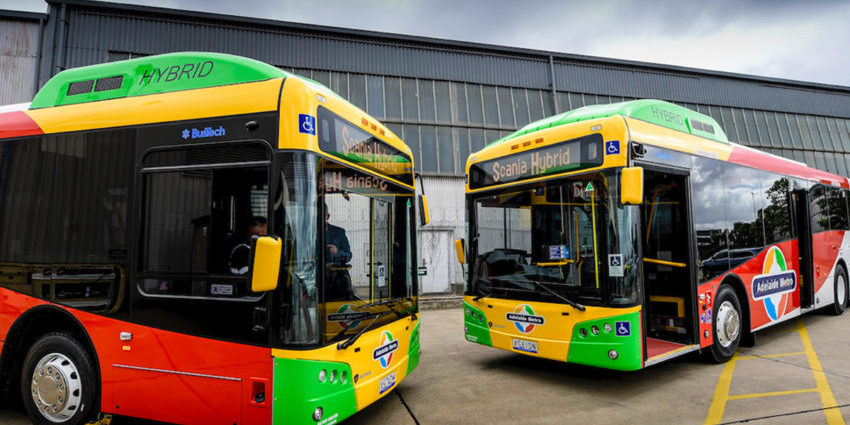 The South Australian group behind the manufacture of the Brabham BT62 supercar is positioning itself to become a major producer of electric buses for the emerging Australian market.

Co-located with sister company Brabham Automotive in Adelaide, South Australia, BusTech Group is gearing up to produce at least 60 electric buses for the NSW Government over the next 18 months after its recent inclusion on a list of approved electric bus suppliers.

It also has orders for electric buses in Queensland, which it aims to start delivering in the second half of this year.

BusTech says it is the only Australian bus company locally manufacturing zero-emission buses for the NSW market.

Its  12.5-metre ZDi electric bus has been designed, engineered and will be built in Australia.

The all-electric buses aimed at the NSW market will use a Proterra battery pack and drivetrain following a partnership with the US company.

Owned by  South Australia-based Fusion Capital, which also owns Brabham Automotive, the company rebranded as BusTech Group in December following the purchase of Queensland-based Bustech by its Edinburgh-based Precision Buses in 2019.

“We could see the opportunity to take more of a leading position within the bus space so we worked through a transaction to acquire Queensland-based business Bustech to look at more of a national manufacturing and supplier footprint,” he said.

“Fusion Capital saw the opportunity from the closure of Holden to bring together Tier 1 supply capability to basically look at how we could create a business from the stalled capacity within the vehicle space and that’s what has allowed us to move quite quickly.

The company has almost 300 staff with about 170 at a manufacturing plant on the Gold Coast, 110 in Adelaide and the remainder supporting national fleet operations and business development activities interstate.

It also has a manufacturing partner, Elphinstone, in Tasmania, which builds BusTech’s designed and engineered bus the XDi for the Tasmanian market.

It is now switching its attention to all-electric buses and has a hydrogen bus in the project scope and design phase.

BusTech already has a number of all-electric prototypes, one of which runs on the Adelaide Metro North Adelaide connector route.

The NSW government recently committed to transitioning its entire bus fleet to zero emissions within the decade, starting with 120 electric buses in 2021, and ultimately planning to convert all 8,000 buses in its fleet by 2030.

Reynolds said the company was now looking to establish a manufacturing site in NSW following its inclusion on the procurement panel, which was the company’s “most significant milestone to date”.

He said he expected other states to eventually follow NSW’s lead in procurement to the point where zero-emission buses became the baseline.

“We anticipate an acceleration of the market for vehicle replacement and what we’re looking to do is have installed capacity within the market to be able to service that,” Reynolds said.

“With the transition to zero emissions there is an opportunity for the market to scale and if that happens it’s feasible our volume could potentially scale up to around 500 vehicles a year, which is where the additional plants come in.

“I think we’ll end up scaling technical staff here in South Australia and we’ll scale up manufacturing and support staff in the territories where we are selling product to.”

The company took on some former Holden staff around the time of the Elizabeth plant closure in 2017, but Reynolds said the focus now was on attracting skilled ex-pats wanting to return to Australia from the United Kingdom.

He said there was also good collaboration between BusTech and Brabham Automotive staff in Adelaide.

“In the early days we provided a soft landing for a lot of (local) manufacturing staff and engineering staff, which has helped transfer knowledge capability into our organisation,” he said.

“More recently we’ve been hiring Australians from the UK looking to come back home from a COVID exposed position but who wanted to remain in automotive.

“We’ve brought engineers in from Jaguar Land Rover, McLaren and Aston Martin so we’ve been able to look at Australians who went overseas and who have looked to come back home but couldn’t quite find the same positions with their skill sets.

“The more that we’ve scaled, we’ve become a more attractive proposition for those Australians returning home and they bring new perspectives of niche vehicle manufacture and technology and that’s really helping the team as well.”

BusTech doesn’t have the Australian electric bus market to itself.

Melbourne-headquartered Volgren is the industry-leading bus manufacturer in Australia and has zero emission partnerships for an imported chassis model.

“And we know that Scania and Volvo are planning to bring their rolling electric chassis in over the next 12 to 18 months as well,” Reynolds said.

But the former Tesla executive said the next 12 months would provide BusTech the delivery window for what it had been working on for the past four years.

“It’s something that in the post-Holden era is a good demonstration of what’s possible and in the post-COVID era it should give us much confidence that we don’t need to be net importers of technology, it’s an opportunity for us to take matters into our own hands,” Reynolds said.

“I was part of the Tesla team in the early days that set up the Model S factory on the West Coast of America.

“The easy decision for Tesla would have been to go to the East Coast but the right decision was to stay on the West Coast because it bred the culture of the group.

“We have something similar here now – the easy decision would be to replicate the old business model with the new technology but the right thing to do is embrace what this new technology can bring to us in terms of jobs and transformation to see what’s possible.”