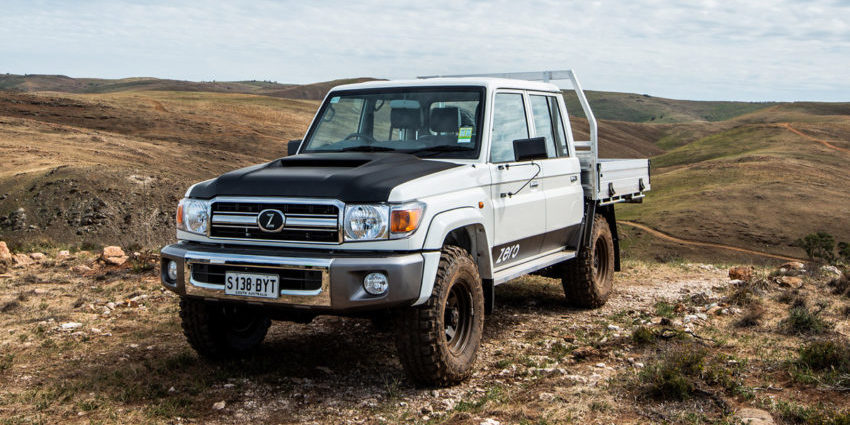 The fully electric vehicle is based on the Landcruiser 79 series platform and promises a range of up to 350km (220 miles).

The pickup was developed in Adelaide, South Australia, over the past year by Dave Mitchell and Tim Possingham, who both have extensive experience in motorsport and original equipment manufacturing (OEM).

They set up Zero Automotive to address the growing demand and fleet targets for zero emission vehicles, especially in the mining and agribusiness industries.

Possingham said they didn’t plan to mass-produce the ZED70 but would rather supply commissioned vehicles that met specific industry needs.

“This vehicle is a bespoke vehicle that we designed to suit the application whether it be mining, agribusiness, or local and state governmental agencies,” he said.

The South Australian company specifically worked with mining and energy companies to understand their vehicle fleet needs, such as zero emissions in underground mines and the elimination of diesel fuel on sites.

“It’s a priority for those types of clients to reduce their emissions and also clean up the environment that some of the workers are working within.

“Diesel particulates in particular, are hazardous for the people to breathe in, so in a confined environment, where there’s very large costs involved in ventilation, removing the source of noxious fumes is it certainly something that can have a shorter payback (for the ute).” 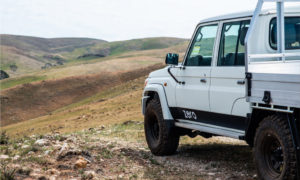 The ZED70 is already Australian design rules compliant and road legal and will sell for less than AUD$200,000.

“It’s available in 20 to 120 kilowatt hour battery packs, with modular battery packs in it, and has a 700 Newton meter electric motor in it,” said Possingham.

“That has more torque than the factory turbo diesel V8 that’s normally found in this Landcruiser 79 series platform.”

He said advances in technology meant the cost of the vehicle would reduce over time and also allowed Zero Automotive to customise each EV for the client – such as implementing automatic speed limiting for mining sites – to add value.

“Advances in battery technology, charging tech and peripheral tech, such as geo fencing, telematics and semi autonomous operation, have reached a sweet spot,” he said.

“A vehicle that’s got low maintenance and low running costs also has total cost of ownership benefits to industry.”

The ZED70 ute will undergo trials by the parks department of the City of Adelaide in the next month and a major mining company is also testing its regenerative braking systems on the steep and long inclines of its pit mine. 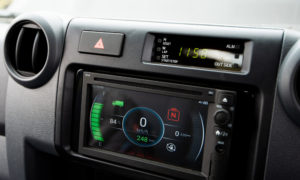 South Australia has traditionally been a powerhouse in automotive manufacturing, being home to both Holden and Mitsubishi in Australia until they shut down over the past decade.

The ZED70 utility is just one of a handful of new vehicles being made in Adelaide, including the Brabham supercar, which Possingham also has an interest in.

The EV ute will be built in Adelaide with parts sourced from all over the world.

“The vehicle integration and componentry fit has all been engineered out of Edwardstown in South Australia,” Possingham said.

Possingham , who runs the Adelaide Motorsport Festival and Adelaide Rally, said although he loved internal combustion engines, electric vehicles made more sense now that limited range had been nearly been eliminated with better batteries.

“It’s hard to find a negative, except for something like cost at the moment, which is changing,” he said.

“As these things are addressed the shift will be swift and will be widespread and we can see that it’s happening now and it’s happening very, very fast.

“It’s unquestionable that it’s time to reduce carbon emissions from our vehicle fleets.”

Manufacturing news briefs – stories you might have missed
December 3, 2020

SME manufacturers & employment are among beneficiaries of major #defence purchases such as global defence supplier @LockheedMartin's F-35 JSF, according to an @Accenture economic analysis commissioned by the company.