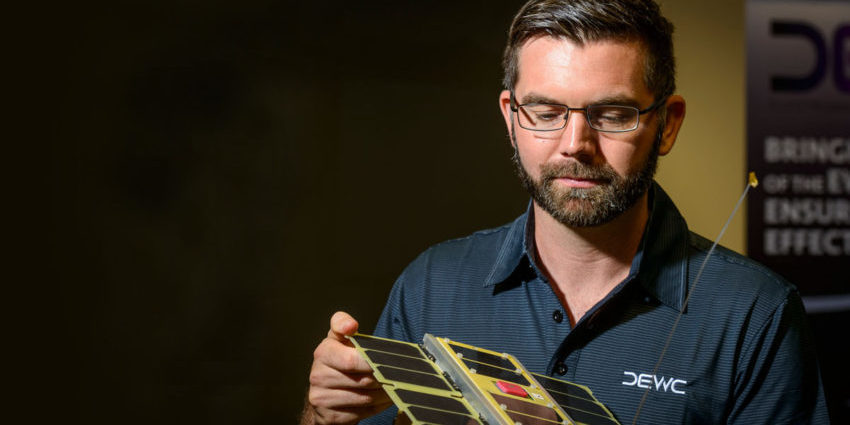 The Miniaturised Orbital Electronic Warfare Sensor System (MOESS) project will involve a constellation of about 20 CubeSats fitted with a range of sensors and monitoring equipment to detect radio frequencies and signals such as radars to offer a view of ship and aircraft movements from above.

It aims to provide the first fully Australian developed, owned and operated space based Electronic Warfare capability. Previously, Australia has relied on its allies to help provide these capabilities.

The funding through the Federal Government’s $640m Defence Innovation Hub will allow Adelaide-based DEWC Systems to advance the project to Phase 2, which involves the development of a concept demonstrator.

Phase 2 will run until mid-2021 with the Phase 3 launch of a prototype into space pencilled in for early 2022.

DEWC Systems received a $150,000 Defence Innovation Partnership grant in November 2018 to lead phase one of the MOESS project in collaboration with DST, Flinders University, the University of Adelaide and University of South Australia.

He said the sensors would be integrated into a CubeSat platform and would likely include Artificial Intelligence technology to identify and classify radars. 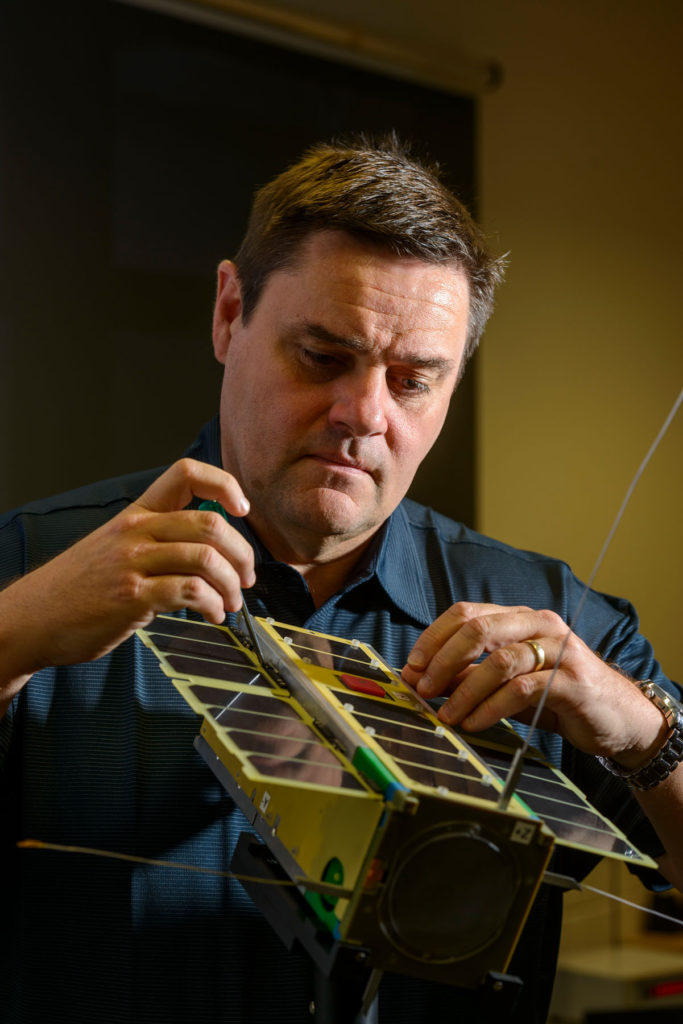 “We want to be able to prove we can deploy these things quickly on affordable platforms so we can help contribute to the tactical and strategic picture of the Australian Defence Force,” Spencer said.

“The awarding of this contract has given us the ability to tool up a little bit more and the confidence to press ahead pretty hard.

“It really has been a significant piece of work for us and we’re pulling out all stops to do it to the best of our capability.

“We’ll build as much of it as we can, certainly in the design space we will but there will be some components that won’t be able to be manufactured here and we’ll have to source elsewhere and some specialist stuff that will involve other Australian companies.”

Based at Mawson Lakes in Adelaide’s northern suburbs alongside several major defence technology companies, DEWC Systems last year acquired local engineering firm AES to help it to move from a service provider for other companies to a producers of its own innovative hardware and software products.

Spencer said the MOESS project was not only important to Australia’s sovereign defence capabilities but would also enhance Australian defence industry capability.

“Firstly, being able to do these kinds of missions without the reliance on partners is always going to give you some more freedom of movement when it comes to how we operate and it helps our Australian strategic and tactical priorities be the highest priority.

“What it also does is it gives Australia a good piece of capability that they can contribute with their partners so it also gives us that leverage and in the developing this it also helps build Australian industry.

“There’s little companies stepping up all over the place and people coming to the fore to supply some of the components we’d normally have to source overseas.

“Recently we’ve seen what happens when the world is isolated through an unforeseen event like this COVID crisis and being able to manufacture stuff in your own country has become more important so this kind of project helps in a number of ways.”

South Australia has been a significant player in the nation’s space industry and is home to major Tier 1 defence companies and several emerging space startups, including Fleet Space Technologies, Inovor Technologies and Myriota, which have all announced new IoT initiatives in the past year.

The state’s space industry has grown from infancy to adolescence in the 16 months since it was announced that the Australian Space Agency would be headquartered in Adelaide in late 2018.

DEWC started in 2011 as a consultancy company and rapidly grew into three separate companies: DEWC Services and DEWC Systems, specialises in developing and delivering innovative and ground-breaking electronic warfare-related technologies while DEWC T&E is training and education focussed.

Last year DEWC Systems announced it was working with fellow South Australian company Southern Launch with a view to becoming an early adopter of its satellite launch facilities at the Whalers Way Orbital Launch Complex on Eyre Peninsula.

“We’ve got a good relationship with Southern Launch and we’re working with them on other things at the moment and I imagine our relationship will be ongoing but when it comes time to determine who is going to do the launch it will be based on a number of factors around timing and cost and orbit selection,” Spencer said this week.

“There will be a bunch of things that fall out of the design process and this development phase will help guide that.