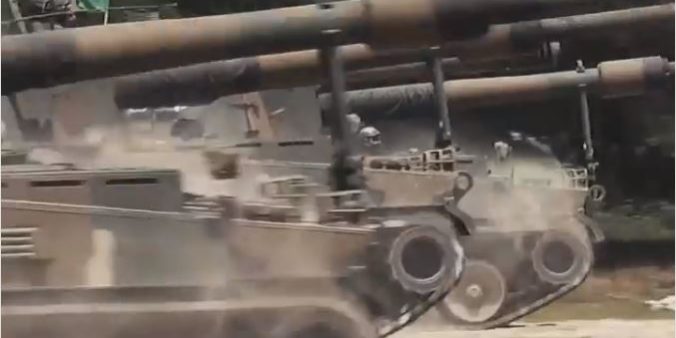 Tasmanian heavy vehicle builder Elphinstone has reached an agreement to build 45 armoured turrets and hulls for the Australian army’s next generation artillery system, the AS-9 Huntsman (pictured).

Hanwha Defense Australia’s Huntsman mobile howitzers, being manufactured in Geelong, Victoria by in a $1 billion project, will utilise Elphinstone which has been chasing defence work for seven years, according to principal Dale Elphinstone.

Elphinstone said: “We won’t give up, and we are very thankful to be joining Hanwha in this project.

“We believe it will give us entrée into other bigger and better things as we demonstrate our capabilities to manufacture in Australia.

“That’s very important to us. We have the capabilities in this country to get things done.”

At the same time it was announced Hanwha would establish its manufacturing operation at Linfox-owned Avalon airport.

The company will spend $170 million to build a 32,000sqm armoured vehicle centre of excellence, which will create 300 jobs over the project into the 2040s.

The new facility will include multiple assembly lines, a 1500m test track, a deep-water test facility, and an obstacle course to test capability.

Meanwhile Elphinstone will create 55 jobs as boilermaker welders, painters, fitters, machinists and other trades, and further cement the company’s place as a leader in advanced manufacturing.

Elphinstone came to prominence building a range of underground mining vehicles based on Caterpillar designs, later selling out to the US company which moved production overseas.

It now makes heavy duty mine trucks and other equipment.

This is part of a $1 billion defence contract for new self-propelled howitzers for the Australian Army which was last year awarded to Hanwha Defense Australia, based in Greater Geelong.

Elphinstone will complete the steel fabrication, machining and painting of the turrets and hulls at their Wynyard factory, before shipping them to Geelong.

In addition to the manufacture of turrets and hulls, Elphinstone will also undertake structural repairs over the life of the howitzers, including design changes and modifications in the future.

Announcing the deal Prime Minister Scott Morrison said this was a major vote of confidence in Elphinstone and Tasmania.

“After decades specialising in mining manufacturing capabilities, Elphinstone has secured its first defence contract – this is a big win for our highly skilled workers in Wynyard.”