EOS in $450 million contract with the UAE 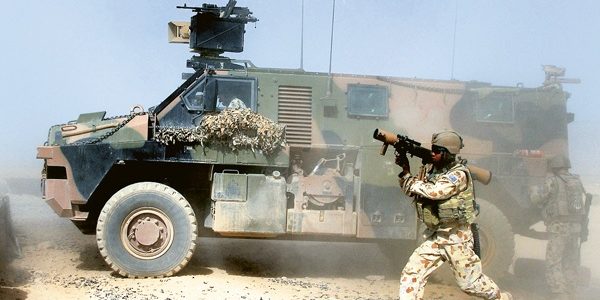 The announcement, made at the International Defence Exhibition (IDEX) in Abu Dhabi, reflects the exercise of options in a previously announced deal.

“This is a significant achievement given the tight restrictions placed on access to these products by the combined defence export license processes of the USA and Australia.”

EOS makes a range of optical telescopes and laser products for space industries. Its remote weapons systems allow soldiers to control weapons such as machine guns and grenade launchers from inside the safety of their armoured vehicles.

Greene said the company has a pipeline of firm orders and customer commitments of about $700 million providing a strong revenue base for the company’s defence business.

EOS is currently supplying seven export countries with most production being undertaken at the company’s plant in Canberra. Additional supply comes from its plant in Huntsville, USA.

A new lightweight product, the R-150 weapons station which can be mounted on lighter vehicles is likely to achieve sales in 2019, the company said.

Subsequent to the ASX announcement ABC reported that similar systems had been exported destined for Saudi Arabia, which is involved in a brutal war in neighbouring Yemen.

The systems destined for Saudi’s interior ministry via US arms manufacturer, Orbital ATK which has a business relationship with EOS.

Greene told the ABC that EOS had no equipment in Yemen.

Defence Minister, Marise Pyne told the Senate that a ban on defence to the Saudis was under review.

This item has been edited to add in information on Saudi Arabia.