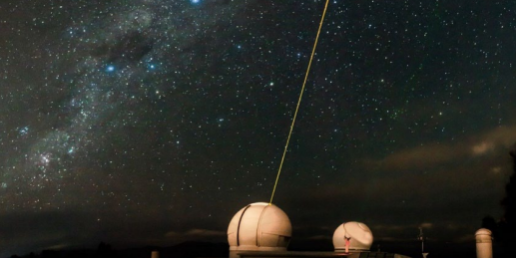 Defence, communications and space technology manufacturer Electro Optic Systems Holdings has announced a breakthrough in the use of lasers for space communications and to track and move orbiting space debris that threatens satellites and other space assets.

The Canberra company said the use of a Guide Star Laser and adaptive optics had been shown to allow high bandwidth satellite communications.

The technology, developed in a $62 million program with the Space Environment Research Centre (SERC), also allows laser power to move space debris from its orbits at lower altitudes and faster speeds than previously possible.

EOS has been using lasers for debris tracking and mitigation from the Mt Stromlo Observatory (pictured) which it operates in Canberra for more than 35 years.

The company manufactures space laser tracking systems for these uses as well as measuring tectonic plate movement and measurement of sea levels.

It has also been establishing a space communications division through the purchase of SME businesses which plans to launch its own satellites.

EOS told investors that the development was made through the Cooperative Research Centre (CRC) for space environment management and involved researchers from the Australian National University, RMIT University, the United States and Japan.

“But after international coordination we expect to make a further contribution by actively moving hazardous debris from impact trajectories.”

The company’s Guide Star Laser is a yellow light laser which measures atmospheric distortion of light, allowing other lasers to be corrected and propagate light into space without atmospheric degradation.

In this way space debris can be actively manouvered away from the paths of satellites from the ground.

Space debris can be moved with the new technology using only five per cent of the laser power needed previously.

EOS told investors: “A key commercial focus for EOS is the application of this technology to laser-based optical communication to and from space.