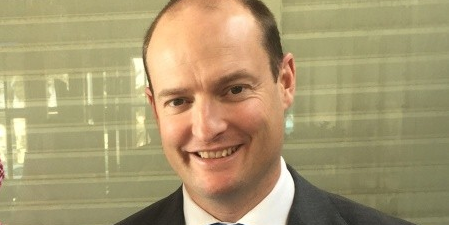 If there’s one word that contains some of the hardest challenges the western world will face in the decades ahead it’s this – China.

The communist dictatorship that runs that country has moved away from its gradual opening and liberalisation and is returning to its reactionary Maoist origins and that’s a tragedy for everyone but especially China.

It’s been heartening as a former manufacturing minister to see the renewed focus and discussion on manufacturing.

It is not before time, but the discussion needs to be nuanced and the resultant policy needs to be bi-partisan and long-term and, in my opinion, international. This will be no mean feat.

Any response to China will need to be multi-lateral and uniform across the western world. In fact to correct myself, it can’t be just the western world. Asian economies will be critical to the success of the any efforts to pushback against Communist Chinese belligerence.

An old term serves best – the Free World. A group of countries that agree to abide by international rules, trade freely with each other, respect national sovereignty, adhere to clear principles around human rights.

Key freedoms must be clearly enunciated and promoted such as freedom of speech, freedom of religion, freedom of association etc. based within democratic and open societies.

A hallmark of these arrangements will be co-operation between countries in new ways especially in areas of strategic concern.

Obviously the more countries that are involved – and I hope eventually this will be most – the longer these structures will take to evolve and formalise.

Australia can act quickly and create these structures rapidly. We already have close relationships that meet these criteria and the most important of them are found in the 5 Eyes network. Canada, New Zealand, the United Kingdom and the United States are our partners in intelligence sharing and I believe it can be more.

Trust and co-operation already exist as well as a long history of working together. We share a language, cultural history and bonds formed in wartime.

We have similar laws and our democracies are related and intertwined, flowing from the Palace of Westminster as they do but each with a local flavour.

Our similar values are evident to any who care to look and that foundation provides us, as five distinct but related countries, the foundation we need to begin to build out the new international structures that will form one part of the geo-political puzzle.

We should start by extending the 5 Eyes intelligence-sharing alliance to strategic manufacturing.

Its purpose would be to work co-operatively to identify and eliminate strategic areas of manufacturing that rely on China and other nations that are not necessarily friendly.

Titanium for instance. It’s mined in Australia and the US, sent to Russia and China for refining, bought back and then used increasingly in defence, aerospace and other critical industries before being returned to China and Russia for recycling.

Can the 5 eyes countries really continue to rely on China and Russia in a critical part of the supply chain for this strategic resource? Of course not.

The solution is the refining of titanium ores in Australia and the US and then the free movement of these metals between the 5 Eyes countries for conversion to metal powders for 3D printers and local manufacturing before local recycling. (To declare an interest, the company I now work for, Innovyz, is heavily involved in titanium manufacturing projects).

Australia is in a unique position to suggest and co-ordinate this initiative. The Australia – US Leadership Dialogue can be broadened out to include the UK, Canada and New Zealand.

This Leaders Conference can map out future co-operation and interaction with each other. This should include trade and movement arrangements between the countries.

In the first stages, trade arrangements can be limited specifically to strategic and defence materials and products before broadening out over time.

Once the basis of co-operation is set out, it can be rapidly expanded to include key allies such as India, Japan, Korea, South-East Asian countries, European countries and others.

The Free World must move rapidly. It has been asleep for too long but the good news is that there is a strong foundation of trust among the 5 Eyes nations.

Author Stephen Covey in his book “The Speed of Trust” has pinpointed one of the key advantages of the Free World. Trust will allow us to work quickly and effectively together.

We should use this trust to manufacture and grow together.