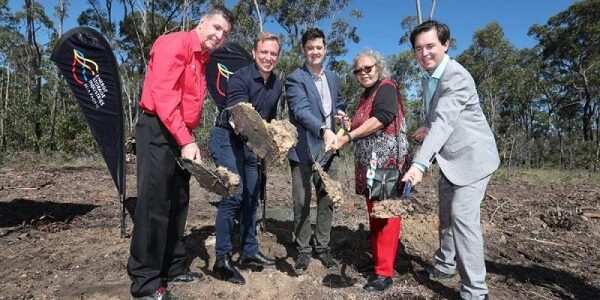 A sod-turning ceremony in Maryborough marked the commencement of works at the site of what Deputy Premier Dr Steven Miles said would be a $70 million, state-of-the-art big battery manufacturing centre

Dr Miles said: “Energy storage is key to unlocking Queensland’s renewable energy revolution as we power towards our target of having 50 per cent renewables by 2030.

“Queensland is becoming a renewable energy superpower and we’re well-positioned to be Australia and Asia-Pacific’s energy storage gateway.

“In the near future, power generated from a nearby wind or solar farm will be stored in iron flow batteries and help power Queensland.”

It is planned that the facility will be fully operational in 2026, employing up to 500 staff and contractors and producing up to 400 megawatts of flow battery storage.

An iron flow battery utilises a liquid electrolyte of iron, salt and water separated by a membrane.

They boast a life of up to 25 years, with the electrolyte being fully recoverable and recyclable.

Parry said: “Longer-term, we have significant export ambitions – to be a provider of large-scale and small, modular distributed energy storage solutions to the Pacific Islands and South East Asia.”