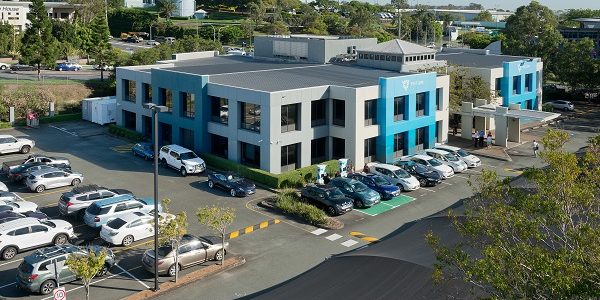 Fast charger company Tritium has opened a new R&D centre at its Brisbane headquarters to continue the company’s expansion.

In a statement, co-founder and CTO James Kennedy said Tritium was hiring an average of one new engineer a week late-last year, and that this new facility was driven by growth in R&D and engineering staff.
“In engineering circles, this growth rate is unheard of,” he said.
“But as Tritium continues to expand, this rate of growth is absolutely necessary to cater to demand for DC fast charging and high-power charging.”
The Brisbane expansion would also assist in increased output, and “rapid development of technologies which will continue to shape the EV roadmap worldwide.”
The company employs over 300, including at Brisbane and at sites in Amsterdam and in California. Today a new E-Mobility Innovation Centre in Amsterdam was also launched.
Tritium has two main products, a 50 kW charger and a 350 kW charger, launched in 2014 and 2018 respectively. The 350 kW chargers are being installed across Europe through a partnership with IONITY, a consortium involving BMW Group, Daimler AG, Ford Motor Company and Volkswagen Group. These chargers are able to add 350 kilometres’ worth of charge to an EV in 10 minutes.
“The European Centre was developed with the needs of the European Automotive industry in mind and it’s now being used by OEMs on a daily basis,” said Kennedy.
“Previously, testing had to be carried out at various automotive festivals, or we would have to deliver temporary chargers across borders, in some cases to manufacturers, and seek their return at a later date. The process was cumbersome and hindered innovation.
In Australia, Tritium is a supplier to the NRMA’s electric charging network, but its products are almost entirely exported. Last year it earned the Queensland Exporter of the Year Award.
Separately, the company announced earlier this week that it had achieved ISO certification for its quality, environmental, and health and safety management systems.
Picture: Ionity Brohltal charging station from www.electrive.com
Subscribe to our free @AuManufacturing newsletter here.
By EditorApril 30, 2019
Share this post
Share on FacebookShare on Facebook TweetShare on Twitter Share on LinkedInShare on LinkedIn Pin itShare on Pinterest Share on WhatsAppShare on WhatsApp