Even without new fossil fuel projects, global warming will still exceed 1.5℃. But renewables might make it possible 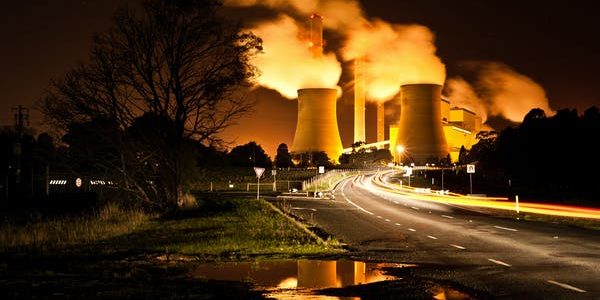 The International Energy Agency (IEA) last month made global headlines when it declared there is no room for new fossil fuel investment if we’re to avoid catastrophic climate change.

However, our new research suggests the horse may have already bolted. We found even if no new fossil fuel projects were approved anywhere in the world, carbon emissions set to be released from existing projects will still push global warming over the dangerous 1.5℃ threshold.

However, keeping global warming under 1.5℃ is still achievable with rapid deployment of renewables. Our research found solar and wind can supply the world’s energy demand more than 50 times over.

The stunning potential of wind and solar

While our findings were alarming, they also give us a new reason to be hopeful.

We found fossil fuel projects already in the pipeline will, by 2030, produce 35% more oil and 69% more coal than what’s consistent with a pathway towards a 1.5℃ temperature rise.

Fossil fuels are the main driver of climate change, accounting for more than 75% of carbon dioxide emissions. Continuing to expand this sector will not only be catastrophic for the climate, but also for the world’s economy as it locks in infrastructure that will become stranded assets.

Ultimately, it’s not enough to simply keep fossil fuels in the ground. To meet our climate goals under the Paris Agreement, we must phase down existing production.

Solar and wind power technologies are already market ready and cost competitive. And as our analysis confirms, they’re ready to be scaled up to meet the energy demands of every person on the planet.

We mapped all the potential areas where wind and solar infrastructure can be built, and the energy potential across six continents.

Even after applying a set of robust, conservative estimates that take environmental safeguards, land constraints and technical feasibility into account, we found that solar and wind energy could meet the world’s energy demand from 2019 — 50 times over.

In Australia, the Morrison government refuses to set new emissions reduction targets, and continues to fund new fossil fuel projects, such as a A$600 million gas plant in the New South Wales Hunter Valley.

Despite Australia’s laggard status on climate change, there are positive moves elsewhere around the world.

The progress was evident ahead of the G7 summit this past weekend, where climate change was firmly on the agenda. Ahead of the summit, environment ministers worldwide agreed to phase out overseas fossil fuel finance and end support for coal power.

Coming on top of all that, the IEA last month set out a comprehensive roadmap to achieve net-zero emissions by 2050. It included a stark warning: no new fossil fuel projects should be approved.

However, the IEA’s findings contradict our own on several fronts. We believe the IEA underestimated the very real potential of renewable energy and relied on problematic solutions to fill what it sees as a gap in meeting the carbon budget.

For example, the IEA suggests a sharp increase in bioenergy is required over the next 30 years.

This would require biofuels from energy plantations — planting crops (such as rapeseed) specifically for energy use.

But conservationists estimate the sustainable potential for biofuels is lower. They also say high volumes of bioenergy might interfere with land use for food production and protected nature conservation areas.

Our research found the exact opposite is needed: rapid phase out of deforestation and significant reforestation alongside the decarbonisation of the energy sector.

Bioenergy should be produced predominantly from agricultural and organic waste to remain carbon neutral.

Likewise, the IEA calls for an extreme expansion of carbon capture and storage (CCS) projects — where carbon dioxide emissions are captured at the source, and then pumped and stored deep in the ground.

In its roadmap, the IEA expects CCS projects to grow from capturing 40 million tonnes of carbon dioxide (as is currently the case), to 1,665 million tonnes by 2030.

This is quite unrealistic, because it means betting on expensive, unproven technology that’s being deployed very slowly and is often plagued by technical issues.

Establishing natural carbon sinks should be prioritised instead, such as keeping forest, mangrove and seagrass ecosystems better intact to draw carbon dioxide from the atmosphere.

As a wealthy country, Australia is better placed than most to weather any economic disruption from the energy transition.

Our research shows Australia should phase out fossil fuels early and urgently. The Australian government should also ensure communities and people reliant on fossil fuel industries are helped through the transition.

We must also support poorer countries highly dependent on fossil fuels, particularly in the Asia-Pacific region.

There is new international momentum for climate action, and the future of the fossil fuel industry looks increasingly dire. The technologies to make the transition are ready and waiting – now all that’s needed is political will.