Every dollar invested in research and development creates $3.50 in benefits for Australia, says new CSIRO analysis 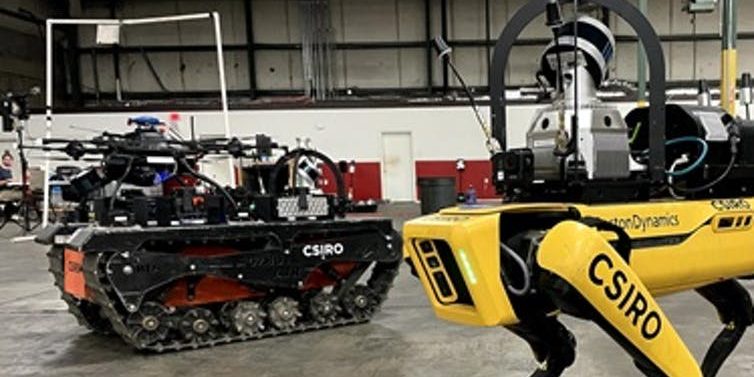 Each dollar invested in research and development (R&D) would earn an average of A$3.50 in economy-wide benefits for Australia, according to evidence compiled in a new report from CSIRO.

Examples of future industries that could be unlocked by research and development in Australia include the quantum technology and hydrogen industries. Examples of emerging technologies that could change the way Australians work and live include artificial intelligence and robotics.

This is significant, given recent figures from the Australian Bureau of Statistics show business spending on research and development as a proportion of GDP is just half the OECD average, and the lowest it has been since 2003.

We hope our analysis will raise awareness of the value of this kind of spending, and its importance for Australia’s economic recovery and long-term resilience. Investing in innovation now is crucial for the future.

In consultation with government and academic stakeholders, our team at CSIRO Futures, the strategic and economic advisory arm of Australia’s national science agency, used a new yet simple economic approach to quantify the return on investment in overall research and development spending for Australia.

By adapting a method originally developed in the US, we calculated return on investment by defining the relationship between domestic gross spending on research and development, and the growth in per capita gross domestic product (GDP) that follows as a result. This method encompasses both successful and unsuccessful research and development investments, and quantifies only monetary benefits (excluding non-monetary social and environmental benefits).

Overall, we calculate that $1 of research and development investment creates an average of $3.50 in economy-wide benefits in today’s dollars, and a 10% average annual return for Australia.

By removing the considerations of delays and capital costs, we can also calculate an upper boundary on our estimate – that is, the maximum theoretical return on investment barring any hurdles along the way.

Even with our conservative estimate of $3.50 return on the dollar, the expected benefits of investing in innovation are high compared with many other types of investments. For example, Australia’s ten-year government bond returns have historically averaged around 7% per year. Private investments in the ASX200 stock index have typically yielded around 10% annually.

Perhaps even more significantly, even our conservative estimate of $3.50 return on investment suggests research and development has a cost/benefit ratio well in excess of $1 to $1. This means there is a strong economic case for this kind of spending.

Results from sensitivity analysis demonstrate that if the costs of research and development spending or delays of payoffs increase by 20%, the most conservative (combined adjustment) results only fall to $3.30 return on investment, with annual yields of 9.5% (at lowest). These are still strong returns.

Our findings imply that so far, Australian innovation investments – whether they be in new products and services or in creating new industries – have been well worthwhile, and that increasing future investment could capture substantial economy-wide returns.

As our estimates only capture the economic benefits of innovation, actual returns are likely to be much higher when also considering the broader social and environmental benefits of Australian research and development.