Excellence in maritime manufacturing – communication is the key 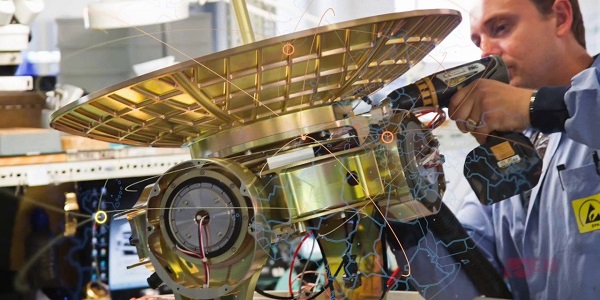 If Russia’s invasion of Ukraine has taught us anything, it is that good communications are critical to success, according to Matthew Jones of Canberra-based defence, communications and space technology company Electro Optic Systems.

Jones, CEO of EOS Defence Systems, said Ukrainian forces has learned and were able to implement important lessons they picked up when facing Russian backed forces since they entered the east and south east of the country in 2014.

“They had the benefit of working from their own terrain and using their own communications network which they had hardened,” said Jones.

“Maintaining communications enables you to coordinate a lot of other capabilities you want to bring to bear.

“At its most basic, if you don’t communicate you can’t effectively target the enemy beyond the line of sight, and you can’t deliver the combat effectiveness you are trying to achieve.”

Ukraine’s sinking of the ageing, but still potent, cruiser Moskva with a coordinated attack by drones and missiles is only one example of Ukraine’s communications and electronic warfare capabilities.

At the same time senior Russian commanders have often been operationally blinded and forced to use the Ukrainian mobile telephone network making them vulnerable to detection and attack.

Jones said it was not clear though how effective Ukraine’s EW abilities were, as they appeared to be successful only over relatively short ranges, and it was not apparent that Ukraine had used satellite communications systems.

Where they have been successful was coordinating observations at the front with the forces at the rear that could engage a target.

“And what it has shown is that the world has changed from the traditional operating environment that we have built our forces around.

“It has demonstrated that guided weapons are essential, but you need to be able to guarantee supply.”

Jones said by some estimates Ukraine was expending 500 anti-tank weapons a day, but in the Australian context we would be lucky to have 500 Javelins in our entire inventory.

“These type of systems are required but in bigger numbers (than we have been planning for).

“Just look at the pressure (Ukraine) is putting on global supply chains.

“In times of heightened tension or conflict relying on global supply chains is a fundamental weakness.”

Defence had already recognised this weakness even before the Russian invasion began again.

Last month it was announced that the Sovereign Missile Alliance (SMA), a joint venture between Nova Systems and EOS had been down selected as an enterprise partner in the $1 billion Sovereign Guided Weapons Enterprise.

The SMA will support the Department of Defence to mobilise Australia’s industrial base to enable the Sovereign Guided Weapons and Explosive Ordnance (GWEO) Enterprise.

Jones said large sea-based platforms would continue to have a role going forward, but they needed to be supported.

And manned and unmanned sea and aerial platforms working in collaboration would be increasingly important, with unmanned platforms multiplying the sensors and missile systems that could be brought to bear in a conflict.

Jones said while the company’s RWS could be installed on swarming small platforms, its latest product – directed energy or laser weapons – could be fitted on larger vessels.

EOS’s laser would be boosted to 50kw power by the end of the year.

Jones said: “It is powered by battery so we can operate the laser without having to have the huge power draw on the vessel.”