Excellence in maritime manufacturing – Lessons from the Ukraine by Gregor Ferguson 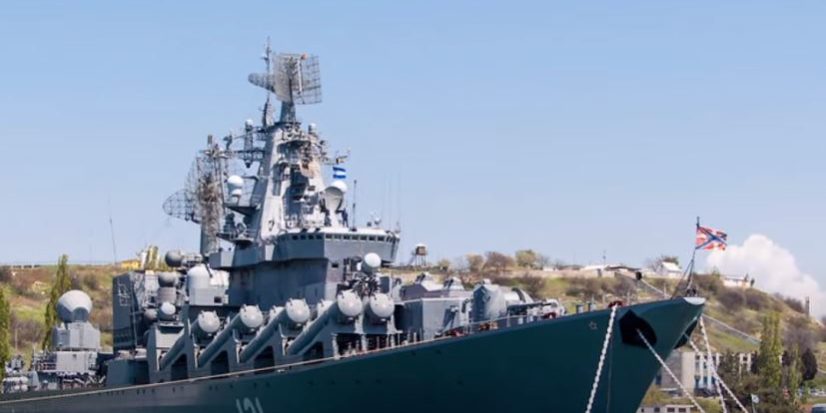 Russia’s bungled invasion of Ukraine, which is now in its third month, is replete with lessons for war fighters, war managers and the defence industry in Australia.

Boiled down, they amount to this:

Lots of defence equipment has a long operational life – if any of it contains hidden design flaws these will be exposed cruelly, so getting the basic design right is important

Ans a combination of new technology and new tactics can offset a massive imbalance in the size of the engaged forces.

And there’s a fourth lesson, which I’ll come to later.

The Ukrainian government received a mass of weaponry very quickly from its allies, ranging from Switchblade anti-tank drones, Stinger surface to air missiles and Javelin and NLAW anti-tank missiles, to 155mm artillery and armoured vehicles (including supplies from Australia’s own war stocks).

These have proven extremely effective and the Ukrainians have integrated them well into their armed forces’ existing order of battle.

What has been astonishing is the age of the Russian vehicles, ships and aircraft – the T-72 tank and BMP Infantry Fighting Vehicle were originally designed more than 40 years ago.

The same goes for Russia’s Black Sea Fleet flagship Moskva which was sunk last month after a Ukrainian missile strike.

They have all undergone periodic upgrades, but their basic designs, and the design flaws inherent in them, haven’t changed.

In Ukraine the Russians haven’t used their equipment well, nor maintained and upgraded it wisely – and that’s a fundamental training and doctrinal issue.

The sinking of the Moskva (pictured) is a case in point – a drone ‘attack’ which distracted the ship’s sensors and command team, while a Ukrainian shore battery fired a volley of locally made anti-ship missiles.

Unpack this episode and it’s possible to see where new technology and tactics gave the Ukrainians a significant combat edge while lack of both doomed the Russians.

How has the Australian Defence Force (ADF) responded to these lessons?

Defence has announced the ADF will acquire long-range strike and anti-ship missiles, along with new naval mines, off the shelf from established suppliers in the USA.

It will establish a new Guided Weapon and Explosive Ordnance enterprise to eventually design and build new weapons in-country.

And it has been investing for five years in new R&D, innovation and manufacturing capabilities across the portfolio.

Australia seems to take a long time to settle on the final design and configuration of many of its key items of capital equipment.

But given what’s happened to ageing ships like the Moskva, which was rendered vulnerable by its very design, with lots of vulnerable missiles in tubes on its foredeck, it’s worth taking time to get the design right.

The ‘sweet spot’ for Australian industry is in the new technology: this is equipment, sensors and weapons which can be designed and built relatively quickly to counter emergent threats.

Through the Defence Innovation Hub and Next Generation Technologies Fund (NGTF) Australia is finally investing in the ability to design these things; it now needs a mechanism to get them into service quickly and that’s the next big challenge for Defence.

And that fourth thing I mentioned earlier?

It’s something that, thankfully, Australia has always been able to rely on – trained, motivated manpower and a command structure that’s attuned enough to battlefield realities that it can adapt to new circumstances and adopt new tactics and technologies quickly.

The Ukrainian invasion has shown how important this is. The lesson for industry is simple: it’s not just about the technology – people are crucial, too.