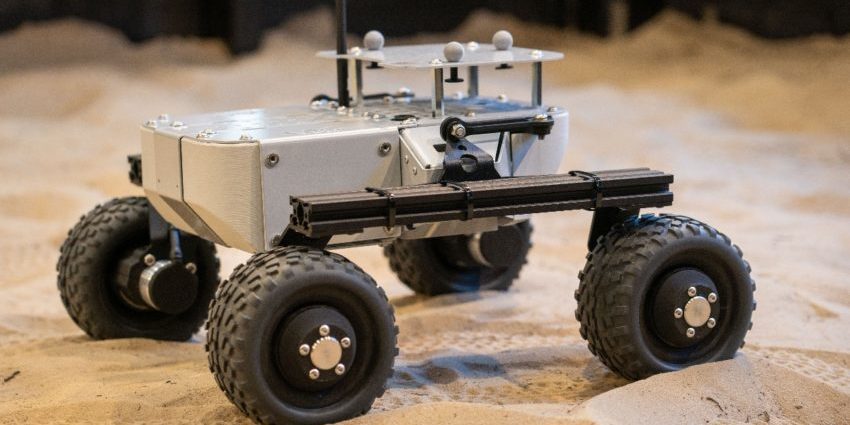 The Extraterrestrial Environmental Simulation (Exterres) Laboratory just launched in Adelaide is the first of its kind in Australia and will allow researchers to develop new technologies to withstand the harsh deep space environment.

Led by University of Adelaide Associate Professor John Culton, the lab will be used to test equipment such as rovers and materials needed for human exploration.

“Understanding how technology will perform when exposed to harsh extra-terrestrial environments is critical to supporting long-term human presence in deep space, specifically the Moon and Mars,” said Culton, who is Professor of Off-Earth Resources and the Director of the Andy Thomas Centre for Space Resources.

“Space hardware will be tested in the lab’s Regolith Thermal Vacuum Chambers (rTVAC), a nine square metre sealed lunar regolith simulant pit and a 27 square metre sandpit which can be tailored to simulate specific off-world environments.”

Culton said the rare rTVACs will allow students, faculty and industry to test equipment in the combined atmospheric, thermal and regolith environments found at the lunar south pole and on Mars.

The regolith and sand pits are instrumented using a 3D motion capture system that allows detailed analysis of the capabilities of experimental robotics, either remotely controlled from the Exterres Mission Control.

Culton said: “In addition, the regolith and sand pits are instrumented using a 3D motion capture system that allows detailed analysis of the capabilities of experimental robotics, either remotely controlled from the Exterres Mission Control or operated autonomously. 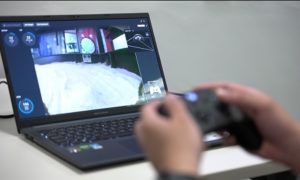 “Blackout screens and solar light sources can be installed on the pit for trials of computer vision for automated navigation, which is particularly difficult in the off-Earth environment.”

The Exterres lab also has a high-power laser, a vacuum furnace, a box furnace and a large-scale 3-D printer.

Culton said this equipment could be used to make lunar masonry bricks for use in construction trials of structures including the shelters, habitats, roads and landing pads needed for “long-term dwellings for the next generation of space explorers”.

Culton said simulations will allow researchers to ‘simulate and test equipment in both lunar and Martian surface environments using a highly controlled and monitored experimental setting’.

The lab will play a crucial role in building semi-autonomous rovers that will be used in future missions to Mars, allowing researchers to test the equipment needed for the interplanetary leap.

This will be done in partnership with the South Australian Space Industry Centre and the Australian Space Agency to assist NASA in determining and solving realistic scenarios that rovers may experience during missions to the moon.

Head of the space agency Enrico Palermo said the Exterres Lab will also help fast-track Australia’s ability to have a sustainable long-term presence on the Moon and beyond.

Palermo said: “The research undertaken in this facility will make significant contributions to Australia’s sovereign capability in off-world infrastructure operations.

“This aligns with our recently released ‘Robotics and Automation on Earth and in Space Roadmap’.”

As the headquarters for the Australian Space Agency, South Australia plays a leading role in the Australian government’s plans to expand the national space industry by $12 billion by 2030, with an estimated 20,000 new jobs created in the sector.

In the four years since the Australian Space Agency was formed, South Australia has become the hub for space industries in Australia, attracting established and emerging players.

This includes collaborations with NASA and Japan Aerospace Exploration Agency, the establishment of the SmartSat CRC and the presence of numerous successful startups such as the Inovor, Myriota, Fleet Space Technologies and Southern Launch.

Story from The Lead, South Australia