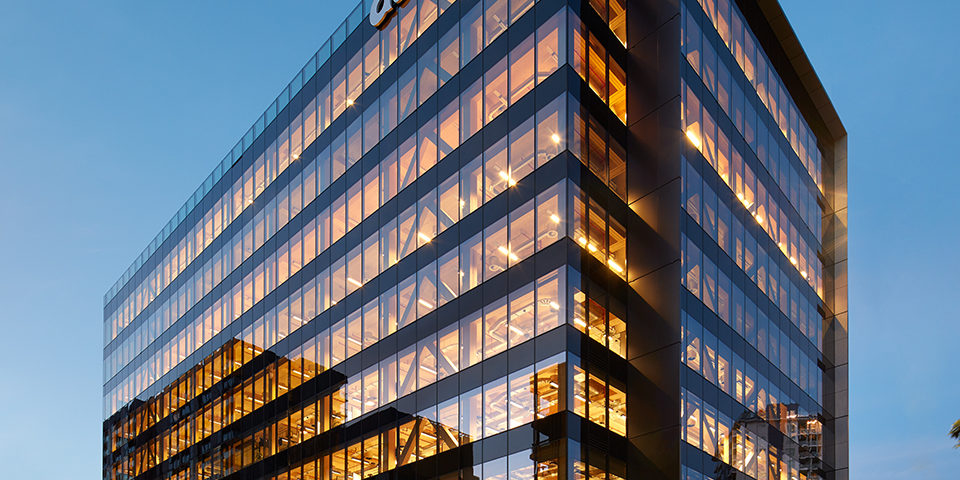 The blurring of construction and manufacturing that is the growing trend towards off-site pre-fabrication is fast becoming a reality in Australia.

From residential homes to skyscrapers, buildings are increasingly being made on production lines that resemble factory operations before transport to a site and assembly.

The latest paradigm shifting building to open its doors, 25 King Street, Brisbane is a 52 metre tall ‘plyscraper’ put together from laminated timber beams set on a six-metre by eight-metre grid.

Bates Smart says: “Creating connections to the natural world via the use of natural materials such as timber are a key element of wellbeing in all its forms.”

The building is the tallest engineered timber structure in Australia, and the largest by floor area in the world.

Built for developer LendLease, it is part of the $2.9-billion Brisbane Showgrounds redevelopment spurred by the Queensland government’s under-city cross river rail project.