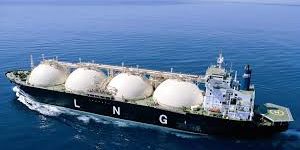 A Heads of Agreement with Australia Pacific LNG, Queensland Curtis LNG and Gladstone LNG would ensure this until at least 2023, according to a statement from the government.

“The strengthened Heads of Agreement commits LNG exporters to offer uncontracted gas to the domestic market first on competitive market terms before it is exported, said resources minister Keith Pitt.

The security mechanism was announced in 2017, and allows the resources minister to control LNG exports if shortages are predicted. At the time spot prices were between $10.50 and $12.50 a gigajoule, and are now between $5 and $7.

The Australian Workers Union called the agreement a “capitulation” to exporters, “basically identical to the weak and pointless bargain” reached in 2017, and lacking “price controls, or any other measures to ensure Australian gas reaches Australian employers at a reasonable price.”

“What was the point of the months of tough talk about price controls and gas reservation if this spineless capitulation was the end point?” said AWU National Secretary Daniel Walton.