Fibres and composites transforming industry: Helmets in a hurry 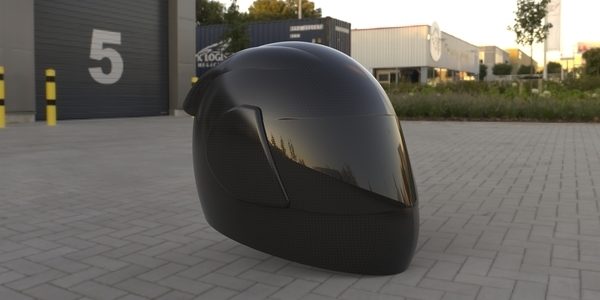 Composites production can be slow, labour-intensive and poorly-suited to complex shapes. For this part of our Fibres and composites transforming industry series, Brent Balinski spoke to Tristan Alexander from TST, which is commercialising a process to change that.

A list of inventions originating in defence research and then widely used outside of the military would be long.

The distance between the defence lab and the marketplace can be long, too. This has been the case with “Double Diaphragm Deep Drawing” or simply D4.

One article traces its origins to work with Defence Science Technology Organisation in 2005, followed by further development at DMTC and others from 2009 – 2013 leading to a process finally able to form lightweight, spliceless composite combat helmets in 2014. Along the way, there have been collaborators from universities, VCAMM, and private companies including DefendTex, Australian Defence Apparel and The Smart Think (TST.)

D4 is the fastest way to form composites, according to TST, a company with the licence to use the process, which has been described as a cross between deep drawing (a way of pressing metal parts) and vacuum forming.

It can take a 2D stack of laminates and turn it into a cured 3D shape, without wrinkling the material, in about 55 seconds, according to Tristan Alexander, CTO and co-founder at TST and a former Deakin University/Carbon Nexus research scientist working on D4 before that. TST was formed in late-2016 to produce combat helmets and other composite products using the process.

Alexander says there are three things that make it as quick as it is (which has in turn meant developing new processes to keep up.)

Layup is done by an automated fabric cutter and placement rather than by hand. Secondly, curing is out of autoclave, with no long period waiting for thermal uptake. Lastly, it can use very fast-curing resins.

“If you want to cure fast, you have to have a low pot life, however, you could spend half an hour trying to layup your part with a 45 minute pot life, add in the time spent cutting and moving it around and it’s already cured,” Alexander tells @AuManufacturing. 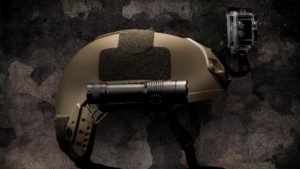 “It’s a mixture of our pre-processing being so streamlined we can have really fast-curing resins, and then our machine itself is a very high-pressure, very high-temperature system. And the two of those going together ends up giving you parts that can come out incredibly quick.”

The latter is supported by an Advanced Manufacturing Growth Centre grant, developing a set of processes and a new D4 machine specialised for helmet manufacture.

According to Alexander, resin application can take seconds for the amount of material in a helmet.

As well as needing a whole new way of doing things to keep up, D4’s other downside is it only makes sense at high volumes.

“Our resin application system for example, if you want to do a trial and do a couple of metres, it’ll take you 20 minutes to half an hour to setup. However, if you’re wanting to do 20 kilometres of material, it still only takes you 20 minutes to set up and then it will run no issue,” says Alexander.

“If you come to us and said ‘we want to make two car bonnets.’ The cost of making two bonnets is significantly higher than someone that could just lay it up by hand and use just vacuum as we have tooling and setup costs. However, if you came to me and said, ‘I want to make 100,000 bonnets.’ Now we’re talking. The on-cost per part is next to nothing.”

It is an interesting time to be working on new composite technologies, agrees Alexander. Within Australia, companies like TST, Xtek and Quickstep are bringing new production methods to market after R&D running over many years.

He adds that while a lot of new technologies are coming out, he’s been working with composites long enough to not get too excited too quickly, and the real victory would be uptake in a high-throughput sector such as automotive.

“When you look at certain systems where you’re going to take an hour to make a part, well, you’re 60 times slower than steel stamping, which means the factory has to be 60 times the size. Which would mean that Ford is now literally [the size of] Detroit,” he says, adding that it’s pleasing to see a collection of technologies about to see the light of day.

“These are all good because it just builds more and more confidence and support in the area of composites, so that we can get rid of that whole ‘they take too long or that’s going to crack and fail or shatter, whereas steel just dints’ Those kinds of mentalities that are still sitting in the marketplace.”