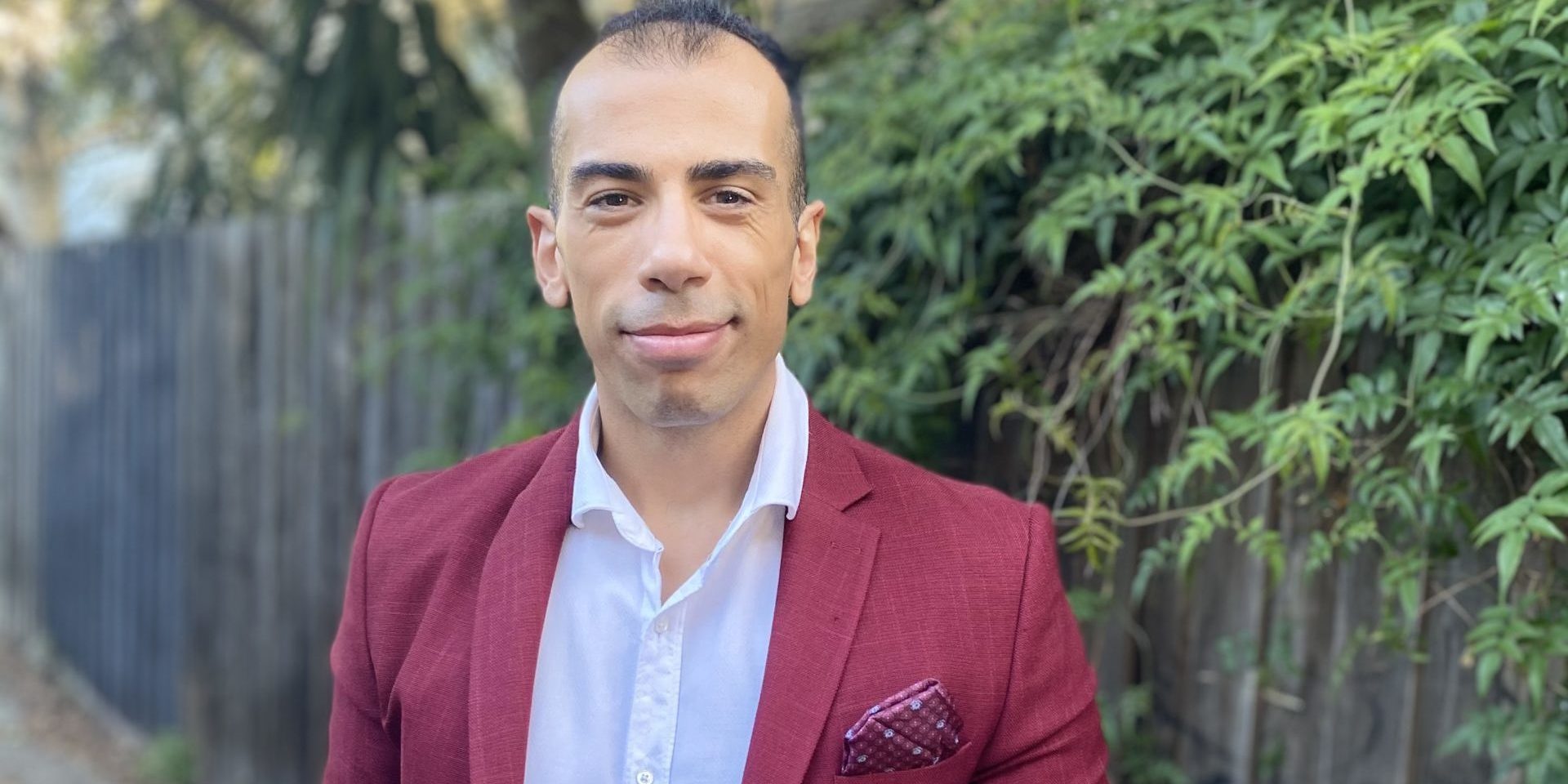 On day three of our Fibres and composites transforming industry series, Sercan Altun looks at developments in composites, 3D printing and artificial intelligence, and why Australian companies should be paying attention.

The technological advancements made in the last decade in fibre-reinforced polymer (FRP) composites have been quite remarkable, and are thanks to the developments in industries including aerospace, marine, construction and automobile.

In addition to the major benefits of FRP composites, such as having high strength with low unit weight, customisability has been the most promising edge allowing manufacturers to design structures with the aid of manufacturing technologies such as additive manufacturing (AM) and automated fibre placement (AFP).

AM or 3D printing is a manufacturing process where 3D components are created by laying down thin layers of materials such as polymers and metals. In addition to the flexibility of being able to use different raw materials that can be in different forms, such as liquid, powder and solid, AM stands out with its ability to be incorporated with other advanced manufacturing techniques, especially with artificial intelligence tools in design, production and quality assurance to increase the performance of 3D printers, reduce the risk of errors, and facilitate automated production.

It is worth noting that despite the incorporation of AI into AM processes that are still in its infancy, huge future benefits such as making production more efficient, helping manufacturers gain a competitive edge and encouraging further innovation have been already reaped in a number of successful projects.

Success stories achieved all around the world in the AM industry exemplify huge future potentials that can also help Australian manufacturers create more reliable designs, reduce our environmental impact, and minimise the faults with AI techniques used in quality checks. What is quite exciting about the integration of these two advanced manufacturing techniques is that by deploying AI techniques in AM, our manufacturers will also be able to specifically address the needs of a number of niche markets — ranging from mining to defence — to produce high-value products at low volume rather than the other way around, where costly traditional injection moulding machines produce standard products in high volumes.

If we were to look at the recent developments in the integration of AI into AM processes, the following examples stand out with the novel approaches that should be kept in mind by manufacturers in their journey from the mass-production, low-cost approach to design-based, customer-oriented, high-value-added production practices.

According to Daghan Cam, the co-founder and CEO of Ai Build, based in London, instead of using static GCODE files uploaded onto CNC machines and 3D printers to drive the motion of the machines, the development of additive manufacturing software called AiSync helped them analyse designs and provide users with the most advanced algorithms, IoT devices and cloud infrastructure to automate workflows so that manufacturers get the most out of their 3D printers.

The use of GCODE files is still prevalent in AM manufacturing processes, with a number of limitations such as not being able to make 3D prints precisely due to the deviations during production. To avoid these deviations, AiSync utilizes real-time camera feeds and sensor data from machines to detect 3D printing problems and hardware failures. The use of Machine Learning (ML) algorithms and AI in their approach enables fully-automated toolpath generation, process control and monitoring workflows for FFF (Fused Filament Fabrication) and FGF (Fused Granulate Fabrication)-based large-scale 3D printers.

AMFG is another company offering end-to-end workflow solutions for AM. The company offers Manufacturing Execution System (MES) software and workflow automation software for manufacturers across industries. The company has incorporated AI techniques to automate the 3D printing workflow from a model as a CAD file to its preparation for printing and to its final printing. AMFG’s software predicting the quality of 3D printed objects before production also paves the way for predictive maintenance. Last but not least, the incorporation of AI into their software allows the ability to analyse the printability of 3D files and finds defects to minimise the risk of printing errors prior to production.

Another start-up company called Printsyst has a patented AI algorithm to increase the print success rate by identifying the functionality of parts. The solution provided by the algorithm is built on experience from previous projects with high success rates. In this regard, data from past experience, such as print parameters that have worked well, can help manufacturers estimate component costs accurately as well as production and delivery times in a number of industries where the quality of printed products is the utmost concern,  especially in aerospace.

The most concrete outcome of AI in an AM process is epitomised by the Astro robot, developed by the researchers at Florida Atlantic University. With its 3D-printed Doberman pinscher-inspired head, the robot harnesses deep neural network to learn new tasks. The robot is also able to interpret commands such as “sit,” “stand” and “lie down,” thanks to the sensors, a directional microphone, cameras and radar imaging module equipped on it. What is worth noting is the plans to expand Astro robot’s capabilities in applications such as detecting guns, explosives and gun residue to assist police, the military, and security personnel. 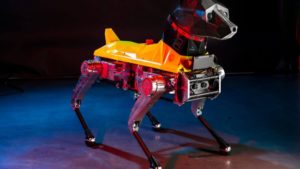 Using deep learning and artificial intelligence (AI), FAU scientists are bringing to life one of about a handful of these quadruped robots in the world. Astro is unique because he is the only one of these robots with a head, 3D printed to resemble a Doberman pinscher that contains a (computerised) brain. (Photo by Alex Dolce)

One common benefit of using AI techniques in AM processes is the ability to process high volumes of data quickly to minimise the time spent on manual processes. As 3D printing technology has been moving to end-use parts with low volumes and specific customised production requirements for various different industries, the integration of AI techniques into AM processes will be crucial to achieve results required to minimise material waste and time spent on tedious jobs, as well as creating robust materials that are lighter and stronger, in particular with FRP composites such as the ones being used on aircrafts.

In summary, despite the early successes recorded by companies integrating these two technologies, there is still more land to conquer to maximise desired outcomes, with a vast amount of data useful for further analysis. Given the demise of mass-production, low-cost, export-driven practices experienced in the past decade in Australia, value-added customer-targeted manufacturing strategies with advanced manufacturing techniques and practices such as AI and ML models (deep and shallow) will open new avenues for our manufacturers, with new applications in the AM field flourishing.

To revive the Australian manufacturing industry, every stakeholder from federal and state governments to academia and industry leaders should think ahead and take advantage of the developments made in these two advanced manufacturing practices.

Sercan Altun is an electronics engineer and technical sales engineer at Pepperl+Fuchs (Australia) with extensive knowledge in the field of digitisation of production systems, the industrial internet of things (IIoT) and advanced manufacturing processes. Pepperl+Fuchs is a company specialised in factory and process automation.

The federal budget signals that confidence is returning, but it should not be taken as job done
May 13, 2021