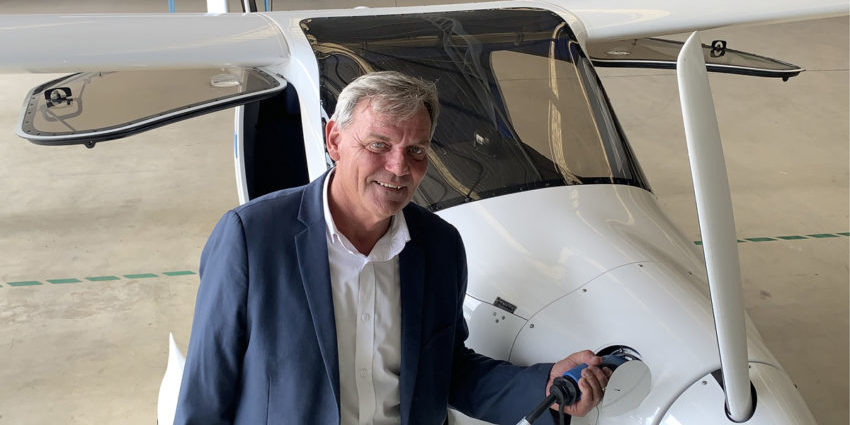 Entrepreneurial Adelaide company Eyre to There Aviation is planning to be Australia’s first manufacturer of electric aircraft after signing an agreement with a European designer.

Company managing director Barrie Rogers said his fully electric aeroplane, designed by Pipistrel in Slovenia, was set to take off in the flight training market.

He said his company would initially import 15 assembled aircraft with plans to establish an assembly line in Adelaide to manufacture up to 100 aircraft a year.

The first of the planes is already in Adelaide with its maiden South Australian flight taking place this month.

One of the key drivers was Australia being ahead of the regulation game in terms of flying the electric aircraft, Rogers said, claiming the planes were ideal for the more than 250 registered flight schools in Australia.

“Australia is currently the only country in the world that already certifies electric aircraft for training purposes, so we have an opportunity to be a world leader,” Rogers said

“Electric aircraft are cheaper to buy, cheaper to run, are significantly quieter than conventional aircraft and don’t rely on fossil fuels. And they are ideally suited for short range flight training activities.”

Rogers said his company would be the first electric aircraft manufacturer to be based Australia.

Until now, the electric aircraft industry had been hampered by the heavy weight of the battery needed in each plane but Rogers said technological advancements had reduced its size “to a point where electric aircraft are now commercially viable in Australia”.

“Electric aircraft don’t yet have the range of other aircraft but they’re perfect for short flights such as flight training and particularly circuit training, which is a core activity in obtaining a private pilot licence,” he said.

The time range for the Pipistrel Alpha Electro is one hour plus a 30-minute reserve. The 6.5m long aircraft is able to climb 1,220 feet per minute and has a cruising speed of 157km/h.

Rogers said the time was right to introduce the new technology as the average age of a small single engine aeroplane in Australia was 36.4 years with many nearing the end of their life span.

There are an estimated 3400 training aircraft being used by flight schools in Australia and about 25 per cent of flight training covers the beginner phase involving circuit training for take-offs and landings with training close to airfields.