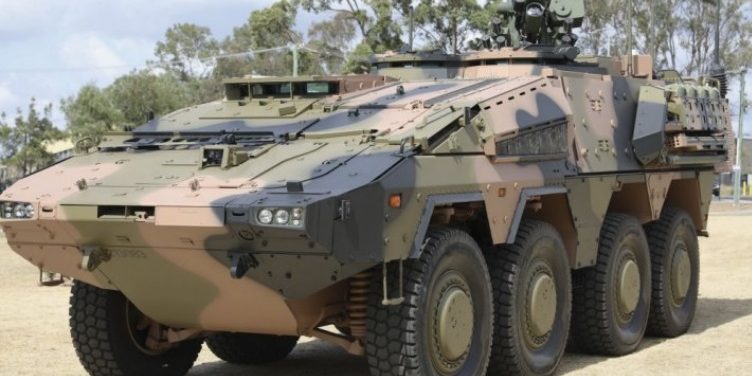 The first Boxer Combat Reconnaissance Vehicle (CRV) being built for Australia in a $3 billion order has been unveilled by the army.

The first of 211 vehicles made its debut at a ceremony at Enoggera Barracks in Brisbane today attended by defence officials.

Defence minister LindaReynolds said: “They will be able to undertake a range of missions from regional stability and peacekeeping through to high-threat operations, and will provide improved safety to Australian soldiers on deployment and on exercises around the world.”

Over the 30 year life of the project Australian industry will secure $10 billion of the total expenditure in buying and maintaining the fleet.

Seven SMEs worked on the first 25 vehicles which are being produced in Germany:

The remaining vehicles will be assembled at Rheinmetall’s Military Vehicle Centre of Excellence facility in Redbank, near Ipswich.