First business, now homes to get fibre in admission NBN rollout was flawed 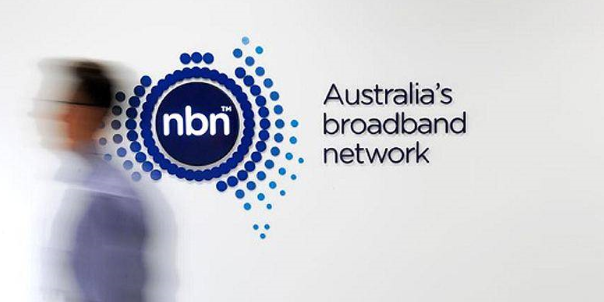 The federal government will today unveil a $3.5 billion upgrade plan for the National Broadband Network to extend fibre to more homes in a tacit admission that its strategy of delploying copper was flawed.

The upgrade will take fibre deeper into neighbourhoods now serviced by fibre to the node plus copper to the home allowing speeds of up to 1Gbps.

Communications minister Paul Fletcher was widely reported following a lead to selected journalists this morning and he said: “This is the right time for this network upgrade.

“There is a long trend of broadband demand growth.”

Yesterday the government announced an ambitious plan to make point-to-point fibre-on-demand services available to 700,000 businesses across 240 zones, including 85 in regional Australia.

The government estimates this will reach 90 per cent of Australian businesses.

With today’s announcement the government is going some way to repairing its politically motivated decision to ditch Labor’s rollout of fibre to all homes and businesses in favour of a mix of fibre, copper and satellite technologies – so called fibre to the node (FTTN).

This path has left some suburbs of Sydney and Melbourne enjoying 1Mbs speeds today – 1,000th of that now being mooted in this upgrade of the NBN.

In fact, it is an admission that copper as a strategy in the 21st century was a failure.

Fletcher was reported as saying that existing fibre in FTTN areas wold be incorporated in the upgraded NBN, but copper from the node to individual homes would be written off.

Fletcher said: “There will then be a further investment to take fibre deeper into neighborhoods through building local fibre networks that run along street frontages.

“This approach, used in the very successful fibre rollout in New Zealand, will avoid the costly mistakes made by Labor where expensive fibre lead-ins were built to all homes that in many cases did not yet require ultra-fast speeds.”

In a speech to be given to the National Press Club today Fletcher will say: “Let me emphasise that we are committing to more fibre when it makes sense to do so.

“Labor’s plan by contrast was to build fibre everywhere, well before people actually needed it or were willing to pay for it.”

The government has offered no economic analysis of the various approaches, which in the case of the government have involved building two new systems in the space of a few years.

It is inconceivable that this could be a more cost effective system than a single fibre roll-out.

This is even moreso when the work-from-home trend of the Covid-19 pandemic has strained meagre capacity of today’s NBN.

In parallel NBN Co will embark on a line speed uplift programme aimed at resolving in-home cabling issues for premises on the FTTN network.

About $3 billion will be spent on installing GPON (Gigabit Passive Optical Networks) capability across half the FTTN footprint, some 4.7 million premises in total.

About $400 million will be spent on upgrading Hybrid Fibre Coaxial’s (HFC) 2.5 million footprint, and $100 million on G.fast capabilities over fibre to the curb’s (FTTC) 1.4 million premises footprint.

Really, we should never had any of these stop-gaps – we should have gone straight to fibre exactly as was planned eight years ago.

Despite the expense there are sill people with 1Mbs speeds in out biggest cities.