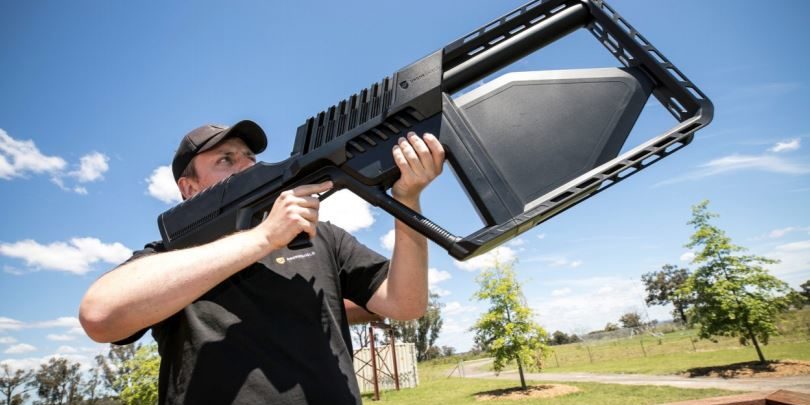 The order, worth $100,000, is for the company’s DroneGun Tactical portable counterdrone equipment (pictured).

In May 2020 DroneShield was selected as the preferred solution for EU police in an international competition run for the EU by Belgium police.

Vornik said: “Due to Covid, there have been initial delays in mobilisation of orders under the agreement, which have now commenced despite continuous Covid constraints in Europe.

“While this initial purchase is small…it represents the first purchase under what we expect to be a multi-million agreement supplying DroneGuns and associated counter-UAS products across dismounted, vehicle and fixed site range, to police forces across the EU.”

Australian-listed DroneShield manufactures in a number of countries, including at a factory in Sydney.