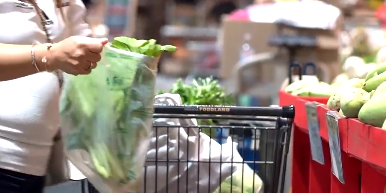 Only a week after South Australia became the first state to ban the use of single-use plastics, one supermarket has already eliminated them entirely from its stores.

He said: “Instead, they’ve fully fit out their stores with compostable barrier bags used right across the supermarkets, in the fruit and veg aisles, for bakery items and even in the deli section.

“These bags are made from cornstarch and are manufactured by BioBag World Australia in South Australia.”

This initiative is the result of a partnership with KESAB environmental solutions to reduce the store’s waste and environmental impact.

It will save more than three million plastic bags or seven tonnes of soft plastic from going into landfill.

Speirs said: “We are seeing great leadership from businesses all across the state.

“No more so than the Chapley family at Pasadena and Frewville Foodland.”