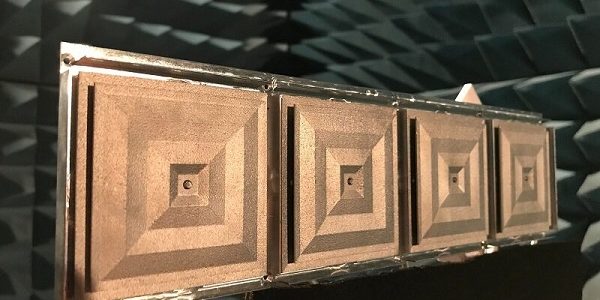 The Centauri 4 Core-2 payload has an increased number of channels and hence a higher data capacity than the Core-1 payload on Centauri 3 which was launched into orbit at the beginning of 2021.

The Adelaide company believes its system will provide the most powerful communications nanosatellite in low Earth orbit (LEO), with the capacity to connect millions of gateways and dominate the “IoT from space” market.

Fleet Space CEO Flavia Tata Nardini said: “I have been working and launching nanosatellites for more than 10 years now and I have never been so excited by a technological breakthrough such as this latest generation of the payload.

“This and the new 3D printed antennas…can finally demonstrate how powerful nanosatellites can be in the communications world.”

Fleet Space, which also manufactures a nanosatellite ground station, has been dubbed by the company as the Knight.

Nardini said: “Look at it, and you can understand why.”

The Centauri 4 payload will be undertaking environmental testing in early December.

This will be followed by flight testing where the payload will be flown in a light plane to test connectivity with ground terminals.