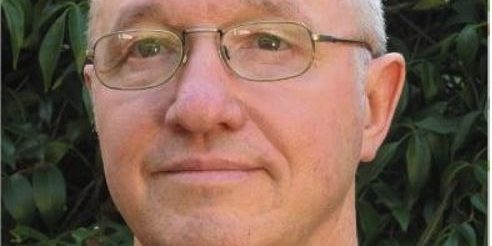 John Sheridan believes there is a way forward for Australia to zero emissions given the leadership being shown by the states and industry. There is no point expecting federal politicians to fix the climate crisis, we need to stop passively watching and act.

Last week I sat in a small room on Lady Elliot Island listening to Professor Anthony Richardson from UQ speak about climate change and its projected impacts on the marine environment.

In the audience were 20 or so year 11 students from a high school in Brisbane, and their reaction was one of fascination, frustration, enthusiasm, despair and hope.

Many of the students could well still be alive in 2100 to judge our efforts to do something or do nothing, but
I will be long dead as will Prime Minister Scott Morrison and his colleagues.

It was obvious from the slides that if we are going to avoid disaster, then we have to act now, not in twenty or thirty years time, which seems to be the Federal plan of ‘kick the can down the road’.

It’s a good job that the states have a different view with NSW and South Australia have both setting targets to reduce emissions by 50 per cent by 2030, Victoria in the 45-50 per cent range and Queensland at 30 percent.

Leadership from the major states.

So if all states and territories act as planned, and if we leverage this effort in reduction wisely, we can also generate new jobs in green export industries.

A report by Beyond Zero Emissions think tank suggests that green export industries could be worth triple the value of today’s fossil fuels by 2050 if we act swiftly.

But we can’t just replace fossil fuels – oil and coal, with a different group of fossil fuels – gas and the myth of carbon capture and storage. That won’t work.

We must recycle, reduce plastic packaging, and manage and remove plastic from the rivers and oceans.

We can even sell carbon-offset credits to developing countries worldwide off the back of wide-scale solar and wind generation.

The 2020s needs to be the decade of transformational action.

We need to do more than just kick the can down the road hoping and expecting future federal governments to do something.

As state governments are getting on with it, just about every corporate business has awoken to the business challenge and the business opportunity as well.

The Sun Cable project backed by Andrew Forrest and Mike Cannon-Brookes will allow renewable solar energy to be generated in Australia and then exported to Singapore by a high voltage direct current cable from the Northern Territory.

CSIRO and many of our universities are world leaders in innovation and solution development. But the funding to commercialise these solutions needs to follow.

There is no need to wait for the next federal election. It’s a sideshow.

We can solve this problem without waiting for the federal government to catch up with the rest of the world.

The time for action is now.

John Sheridan has had a long career in creative industries more lately focusing on the transition of business to the digital economy. John is CEO at Digital Business insights, a company that helps businesses become more productive and effective.