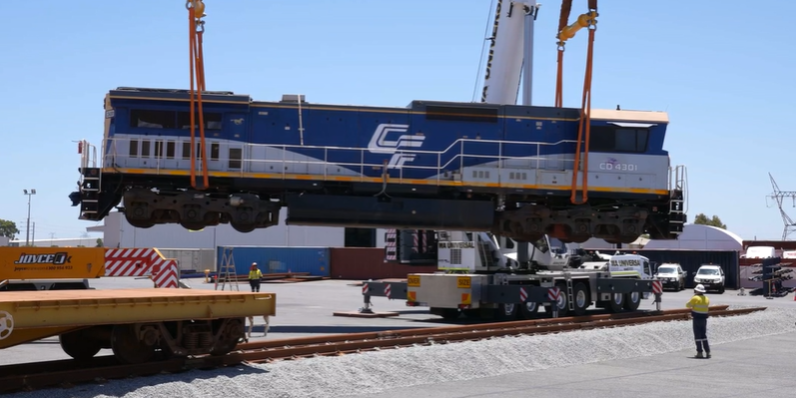 Fortescue Metals Group is pushing ahead with the decarbonisation of its rail locomotive fleet with the arrival of two additional locomotives at Fortescue Future Industries’ (FFI) research and development facility in Hazelmere, Perth.

Earlier this year the team achieved the successful combustion of blended ammonia fuel in the two-stroke locomotive, considered an important milestone.

Fortescue CEO Elizabeth Gaines said: “The arrival of the additional locomotives allows FFI’s Green Team to expand their development as they focus on delivering a locomotive operating solely on green ammonia and other green renewable fuels and technologies.

“This is part of Fortescue’s ambitious target to be carbon neutral by 2030 for Scope 1 and 2 emissions.

“Our target is underpinned by a pathway to decarbonisation as we focus on investing in renewable energy and eliminating the use of diesel across our mining fleets.”

Gaines said Fortescue’s fleet of locomotives was a critical element in decarbonising its operations.