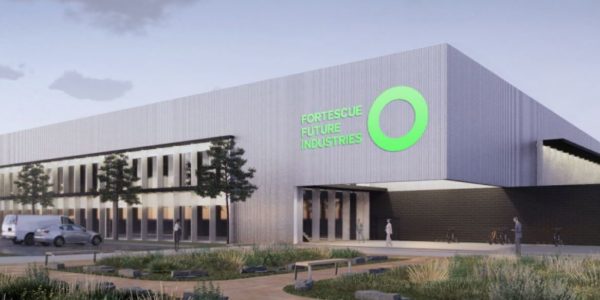 Fortescue Future Industries has announced it will investigate the feasibility of converting a former coal mine in Washington into a green hydrogen plant.

The business – the clean energy division of ASX-listed Fortescue Metals Group – said it had entered a binding exclusivity agreement with the Industrial Park at TransAlta (IPAT.)

IPAT is a community-owned industrial site between Seattle and Portland, adjacent to the Centralia coal-fired power plant, which is scheduled to shut in 2025. According to IPAT’s website, the 4,400-acre industrial site was a former surface coal mining operation, with coal mining ending in 2006.

FFI said in a statement on Friday morning (Sydney time) that subject to feasibility studies, “FFI’s intention would be to seek to employ the existing coal workforce for the proposed project, facilitating a transition into the emerging green energy economy.”

“The electric power grid of the Pacific Northwest is one of the lowest carbon power grids in the world and can be used to produce green hydrogen, and could extend the region’s low carbon leadership to hard to electrify sectors like long-haul trucking, ports, aviation, and heavy industry,” said Paul Browning, CEO of FFI North America.

“Together with other Pacific Northwest stakeholders, we plan to utilize legacy fossil fuel infrastructure and workforce to produce green hydrogen and pursue a growing zero carbon economy in Lewis County and the Pacific Northwest region.”

Richard DeBolt, executive director of the Economic Alliance of Lewis County, said, “With the closing of the coal mine and the scheduled retirement of the Centralia coal-fired power plant, IPAT was formed to redevelop the site and attract investment that will support well-paid, long-term employment opportunities in the region.”