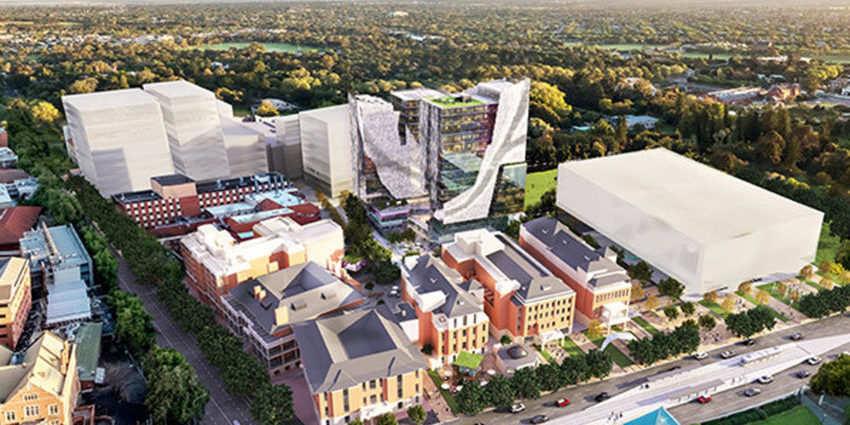 The Lot Fourteen innovation neighbourhood is in the heart of Adelaide and will also be home to the Australian Space Agency, Australian Cyber Collaboration Centre and the Defence and Space Landing Pad, which will support the relocation of international companies to South Australia.

Squad is the latest of a number of French companies setting up in Adelaide since French shipbuilder Naval Group won the contract to design and build 12 Attack Class submarines for the Australian Navy.

South Australia is pivotal in Australia’s AU$90 billion plan to regenerate the Royal Australian Navy with new submarines, frigates and offshore patrol vessels. The Attack class submarines will be built at the Osborne Naval Shipyard in Adelaide, which is undergoing a $500 million upgrade.

“To make that first step abroad, for a foreign company like Squad, is no easy feat,” he said.

“Support programs such as a landing pad, which enable us to land and begin hiring and integrating locally, are imperative to our longer-term success.”

Squad’s presence in Adelaide is expected to create 40 new jobs over the next three years.

International Director for Squad Antoine Hautin said the first phase of the company’s internationalisation was the opening of Squad Australia CS, which will serve as a gateway to the Asia Pacific region in the longer term.

“Today, we have around 10 to 15 consultants in Australia providing high level expertise on several defence projects. To keep growing, we will have to work closely with local partners, including high education institutions,” he said.

“International companies should be looking seriously at Australia for their international development.

“Australia’s Future Submarine Program contract is having a direct positive impact on the South Australian business environment – and Squad’s decision to settle in Adelaide is an example of this.”

The South Australian state government has signed memorandum of understandings with national security agencies and universities as well as Optus, Symantec and Dtex Systems.

A report by Australia’s CSIRO scientific research organisation found that Australia’s small cybersecurity industry is expected to grow from around 20,000 workers today to 31,600 by 2026 and triple its revenue to $6 billion.

The Australian Cyber Collaboration Centre has been designed to tap into the need for more cybersecurity experts to take advantage of the growing revenue.

South Australian Premier Steven Marshall said the Squad’s decision to move to Adelaide was an endorsement of the state’s burgeoning defence, space and cyber sectors.

“Eric Guillerm, the Chairman of Squad, and I have had many discussions about a move to Adelaide, and I’m delighted they have made the decision to come to Lot Fourteen,” said the Premier.

“This announcement is another major vote of confidence in our state’s hi-tech and high-growth industries,” he said.

“The $90 billion investment from the Commonwealth presents a once-in-a-lifetime opportunity for South Australians to take advantage of the jobs on offer from the 9 Hunter Class Frigates and 12 Attack Class Submarines being built in Adelaide.”

Lot Fourteen, a former hospital site, is home to many of South Australia’s space industry startups and will also soon host the Australian Institute for Machine Learning.

The Australian Cyber Collaboration Centre will include a Cyber Launchpad, made up of a Cyber Academy and Cyber Test Range. The Cyber Academy will train all levels of the cyber workforce, raise awareness in high schools, and provide formal training at the technical, professional and C-suite level.

The Cyber Test Range will allow organisations to carry out security testing of equipment or network configurations. It will also provide a mix of internet facing and isolated networks for local cyber startups to showcase their tools to their fullest in a safe environment.

Picture: Adelaide’s Lot Fourteen innovation precinct is due for completion in 2020.