From tyranny of distance to centre of the global economy 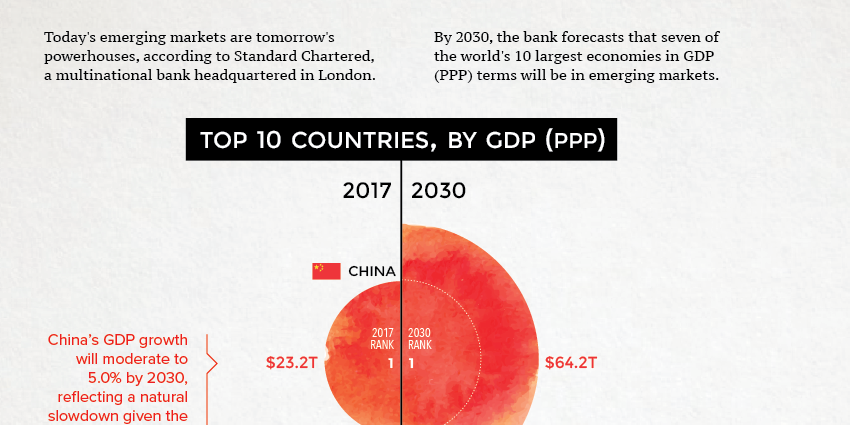 For a century Australian businesses bemoaned the tyranny of distance that left us with poor prospects far from the world’s biggest markets.

Today’s chart, from Visual Capitalist, brings home with a vengeance the newfound power of our location in the thick of the world’s fastest growing economies.

In answers any questions you may have about where future markets will be.

Looking ahead only to 2030 on present trends you can forget about Europe and worry far less even about the United States – the world’s biggest markets and business opportunities are right on our door step.

Even more stark is the gap between the US and China – China’s powerhouse economy will be the world’s biggest at US$64.2T – twice the size of the US.

Indonesia’s economy rounds out the top four at $10.4T.

While there maybe controversy over the likely size of some in the list – it is hard to imagine such growth in Egypt, the table of projected global GDP in 2030 is fascinating.