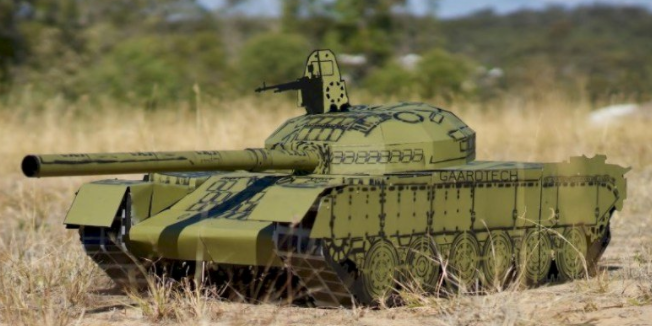 Robotic vehicle target manufacturer GaardTech has secured a large export order for its silhouette targets from the British army.

The battle group size formation of target tanks, AFVs and anti-aircraft vehicles will be used in a planned on target live fire training event.

They incorporate active thermal cells that can be detected from a distance and are shipped as a flat-pack.

The robotic vehicle replicas move in formation cross country, reach speeds of 30km an hour and will be able to conduct tactical movement head on against live firing tanks, ARH helicopters and anti armour weaponry.