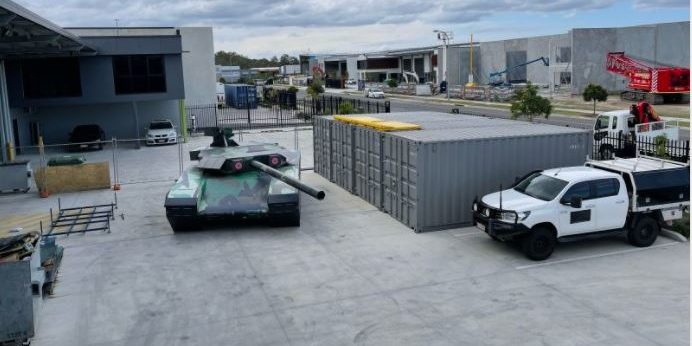 Military training armoured vehicle target system manufacturer GaardTech has topped off a stellar year with the announcement of the sale of replica ‘enemy’ vehicles to the Australian army.

The vehicles supplied under the $930,000 contract, announced on social media, will be used for’ dynamic joint training scenarios to be established anywhere in Australia better reflecting regional threat platforms’.

Targets can be statically employed or fitted with an internal robotic capability which enables the ‘enemy’ to advance and attack your formations at high speeds across country.

It has also launched its Jaeger expendable small wheeled armoured vehicle equipped with sensors and a communications link that is able to wait patiently then attack high value targets such as main battle tanks.

First contracts for Jaeger have been inked with the Australian army.

However it is the Brisbane company’s target systems that have achieved extraordinary results in only a few years.

A month ago GaardTech was awarded, through its German distributor LASM gmbh, a $385,000 contract for the delivery of Robotic Enemy Vehicles for live fire training in Europe in 2022.

Defence industry minister Melissa Price has told Parliament that GaardTech was a small but growing business that was part of the Team Australia contingent in 2019 which exhibited at the UK defence security and equipment international trade show in London.

“It was there that GT secured a $1.7 million contract with the British army to supply military training systems from Australia.

“It is companies like GT who are taking advantage of the opportunities from our defence export strategy.”