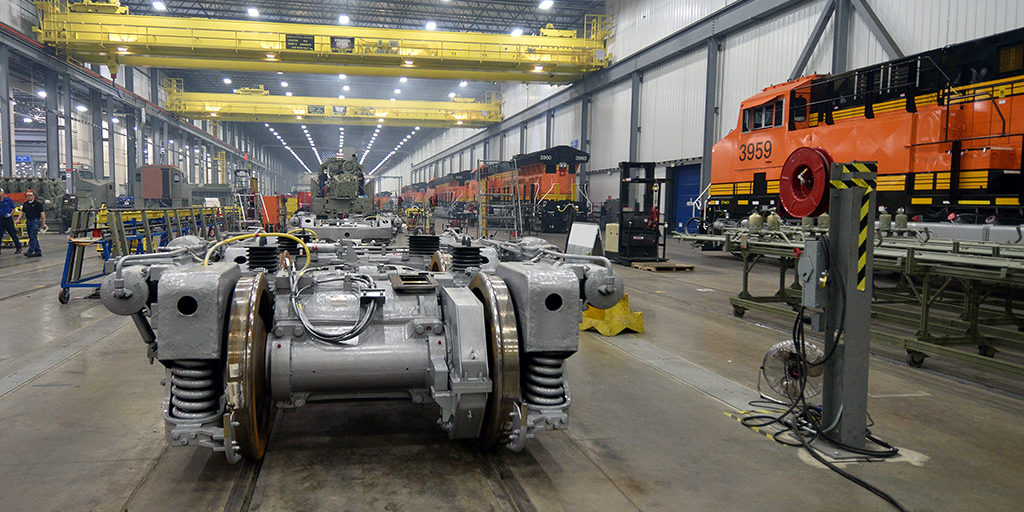 GE is to extend its success with 3D printing of aero engine parts to the locomotive industry. The company is targeting 250 parts to be 3D printed by 2025 – and we will see them here as numerous GE heavy locomotives are already in service in Australia.

Additive manufacturing removes the need for castings and time-consuming mould production. Instead, prototyping using rapidly produced moulds can be done in a matter of a couple of days.

‘There will be a huge gain in lead times for component design’, a GE VP Dominique Malenfant told Railway Gazette.

‘We could ultimately take months out of the design process.’ Another major potential gain is the ability to complete complex components in a single pass.

Malenfant gave the example of an engine heat exchanger having 2 000 individual sub-components, joints or welds. All of these potential areas of failure could be eliminated by additive manufacturing, he suggested. 3D printing or additive manufacturing is increasingly making inroads into traditional as well as more exotic industries such as aerospace. This suggests the technology will soon be commonplace in Australian engineering firms.

Read the discussion in the Forum here.