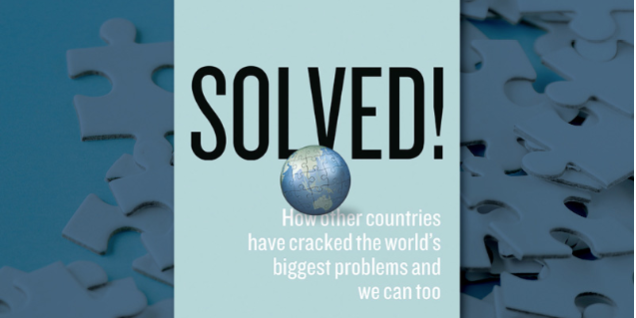 A uniquely German collaboration between industry and government is the network of Fraunhofer institutes. These take their name from Joseph von Fraunhofer, a prominent German researcher, investor and entrepreneur who died in 1926.

The institutes are partly publicly funded and provide applied science for companies that would otherwise find it cost- prohibitive. This helps small- and medium-sized businesses to continually upgrade their processes and products to keep ahead of the competition.

The Fraunhofer network is huge. It has a $4 billion budget and 25,000 employees across seventy-two institutes and research units who collectively have more than 250 business focuses and core competencies.

With an emphasis on applied research with industrial value, Fraunhofer institutes undertake 6000 to 8000 projects annually. Most of these are short-term projects of less than two years’ duration that focus on practical industrial applications. The institutes retain patent and other intellectual property rights at the end of a project.

Each of the Fraunhofer institutes is associated with a university and selects its own research field and projects, and decides how to handle results. Contract research generates more than 85 per cent of its revenue.

The balance of funding is received from state and national governments. Most institutes operate pilot manufacturing plants and demonstration facilities. German machine tool and equipment suppliers regularly provide equipment for testing and training.

Stefan Brück, Managing Director of Uvex Safety, a manufacturer of personal protective equipment, says his company has significant in-house research and development capability, but also partners with a range of German research institutes, including Fraunhofer.

“We tend to do only very complicated or unknown stuff with Fraunhofer,” Brück says. “At the moment we are collaborating with them on the digital and sensor side, where they are very advanced and have a high degree of knowledge.”

About a third of Fraunhofer’s research and development projects are conducted with companies employing less than 250 people. Given the high financial costs and uncertain outcomes, it’s unlikely these projects would have otherwise proceeded.

There are strong staff links between Fraunhofer, academia and manufacturing. The institutes employ part-time master’s and PhD candidates, who gain experience while pursuing their studies. Graduates typically spend three to six years at Fraunhofer before moving to industry or academia.

In this way, a German researcher typically has a strong engagement with industry. Whereas researchers in some countries largely remain in a research setting, in Germany it is common for researchers to move from academia to industry and back again.

This is a key strength of the German system, as it allows for a generally seamless transfer of knowledge between industry and researchers.

German companies, research institutes, universities and governments collectively spend 3 per cent of GDP on research and development. This falls well short of South Korea (4.6 per cent) and Israel (4.5 per cent) but is far ahead of countries such as Australia (1.9 per cent) and the United Kingdom (1.7 per cent).

Through its High Tech Strategy 2025, the German government has set itself the goal of reaching 3.5 per cent funding by 2025, with one-third of this expenditure from government and two- thirds from the private sector.

It is focusing on areas such as the digital economy, sustainable energy, changes in the workplace, healthy living, improved transportation and secure infrastructure. In 2018, the German government announced plans to set up a dedicated agency to support breakthrough innovations.

With funding of €1 billion over ten years, it will run innovation competitions and fund multi-year projects in cutting- edge areas with potential for technological breakthroughs.

The biggest strength of the German economy is also its weakness. Its focus on remaining competitive in established sectors, such as manufacturing, has kept it from pioneering new technologies.

There are no German counterparts to US-based tech companies such as Apple, Google, Facebook or Amazon. Nor is Germany spawning biotechnology companies at near the rate of the United States and others.

“In that sense, market discipline is limited,” he says. It’s a relatively comfortable environment for businesses to operate in, and companies are not going out of business at the rate they might in other countries.

Mr Zettelmeyer points out that “what you do not have are large pools of labour that have been shed by exiting firms that you can then easily transfer and draw on.”

This lack of labour mobility is not conducive to the establishment of new businesses. “All of this makes for a society that’s not terribly dynamic,” Mr Zettelmeyer says.

However, he also points out that ‘some of the factors that slow down exit are also good for entrance, in the sense that they make it less risky to enter’. Germany’s high-quality education system, for example, is free. This provides a comfortable safety net and ensures that the cost of failure is not as high as it would otherwise be.

As a strategy to tackle the risk- averse German culture, scientists in German universities are provided with up to €3000 per month if they want to turn their discoveries into start-up businesses.

Additional funding of up to €30,000 is available for equipment and €5000 for coaching. This support provides scientists with assistance for up to one year while they establish their businesses.

Uvex has high hopes for the future. It aims to continue its global expansion, and in particular to take on the United States by building on its recent acquisition of US-based company HexArmor. “To become a real global player, that’s our plan,” Mr Brück says.

It is also undergoing a digital transformation, to improve automation and to be able to track inputs and products seamlessly throughout the production process.

“We are already very advanced, so we have a high degree of automation, connectivity and data analysis of our manufacturing process,” Mr Brück said. “But it’s a work in progress. We do see lots of opportunities with the digital transformation.”

Only by investing in new technology will Uvex be able to “remain the technology leader in the personal protective equipment business,” he said. The next round of Uvex products is likely to integrate digital functions.

“Adding sensor technology and more features to the products, which will contribute to a safer workplace, that’s the vision,” he says.

Think helmets that can detect imminent collisions, safety glasses that can visualise information in a display, or gloves that can operate devices without contact through motion detection.

Mr Brück is optimistic about manufacturing’s future in Germany. “It’s a whole world of opportunity,” he says. “We are creating something positive for the country.”

This is an edited extract of Andrew Wear’s book, Solved! How other countries have cracked the world’s biggest problems and we can too, which was published by Black Inc. in March. Andrew Wear is an innovation public policy expert. He is currently Director of Economic Development for the City of Melbourne.

A naval and aerospace industry zone for Newcastle – by John Blakemore
January 12, 2021

A hydrogen hero? Star Scientific to hire 30 next year as it commercialises award-winning Australian breakthrough
December 18, 2020