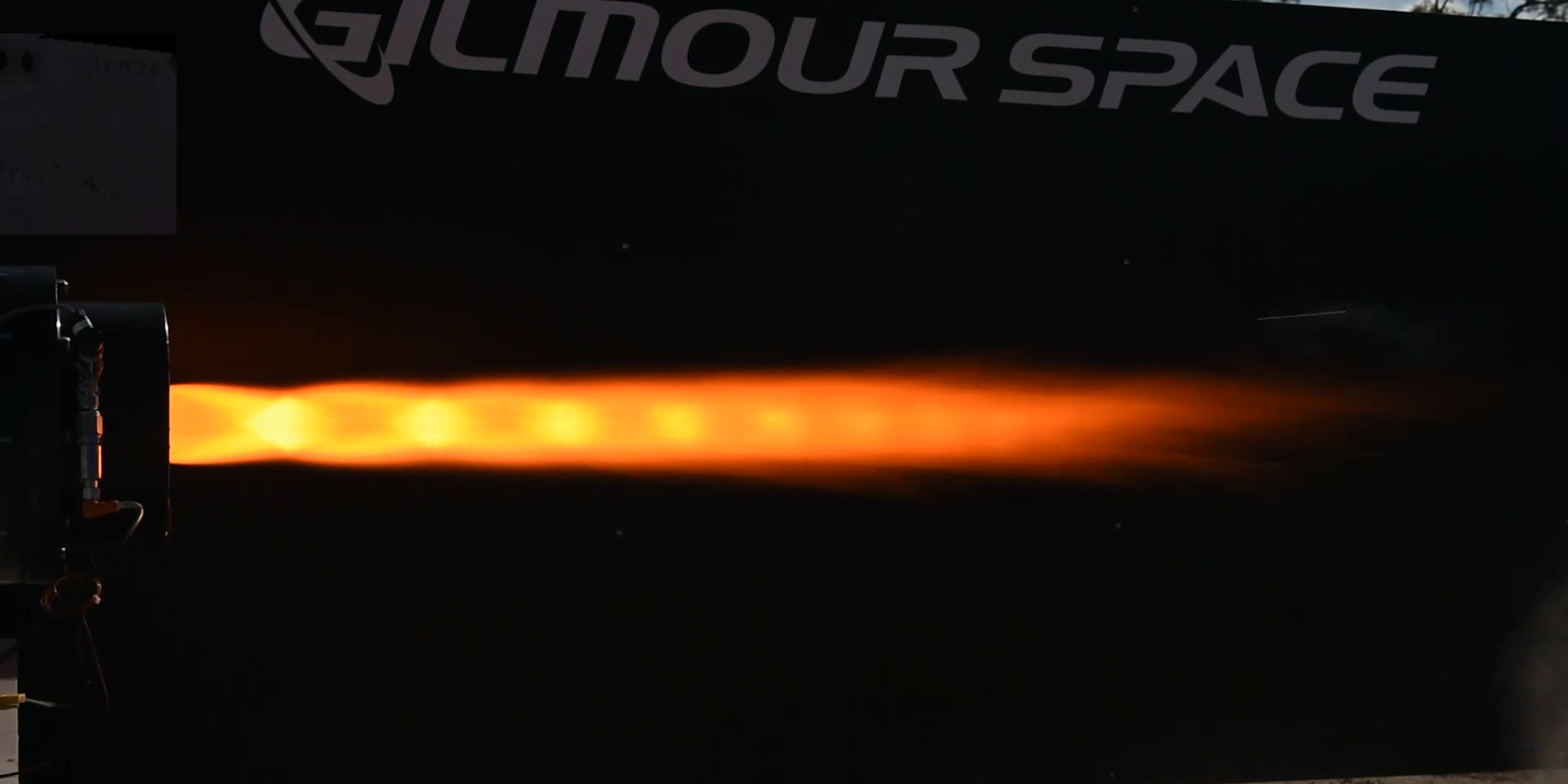 Gilmour Space has announced a 110-second, full-duration test of the upper-stage of its three-stage hybrid launch vehicle.
Co-founder and CEO Adam Gilmour said the “mission duty cycle and throttle test of our smallest upper-stage engine” had “proved a lot of the technologies we will need for our larger engines.”
“We also conducted a controlled throttle-down during the test to demonstrate our engine’s on-orbit manoeuvring capability to a customer,” he added, and that this could prove very useful for surface landings on the Moon or Mars
The news follows a 45-second hot fire test announced last month.
Gold Coast-based Gilmour Space hopes to be providing commercial launches for small satellites in 2022. According to its CEO, orders have been taken, with contracts to be announced in coming months.
Subscribe to our free @AuManufacturing newsletter here.
By EditorJuly 13, 2020
Share this post
Share on FacebookShare on Facebook TweetShare on Twitter Share on LinkedInShare on LinkedIn Pin itShare on Pinterest Share on WhatsAppShare on WhatsApp