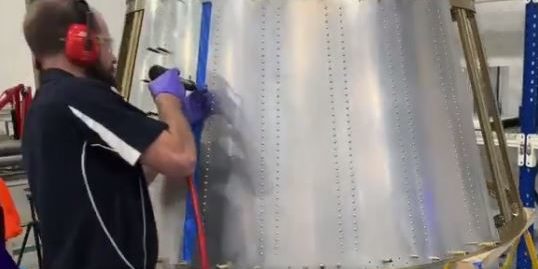 “We’ve started putting together the main structure of our Eris orbital rocket and a lot is happening behind the scenes…here’s a small peek over the shoulders of our Fab team.”

Gilmour released a video of the three stage rocket which will deliver a payload of up to 350kg into low Earth orbit (LEO).

The payload fairing can be 1.2m or 1.5m into diameter, with the first launch expected in 2022.

Eris features Gilmour’s new and proprietary hybrid rocket engine which has been test-fired to over 90 kN thrust.

Gilmour: “Our Gilmour Space Eris launchers are designed for production, ease of operation, and to provide customers with reliable and cost-effective access to space.”