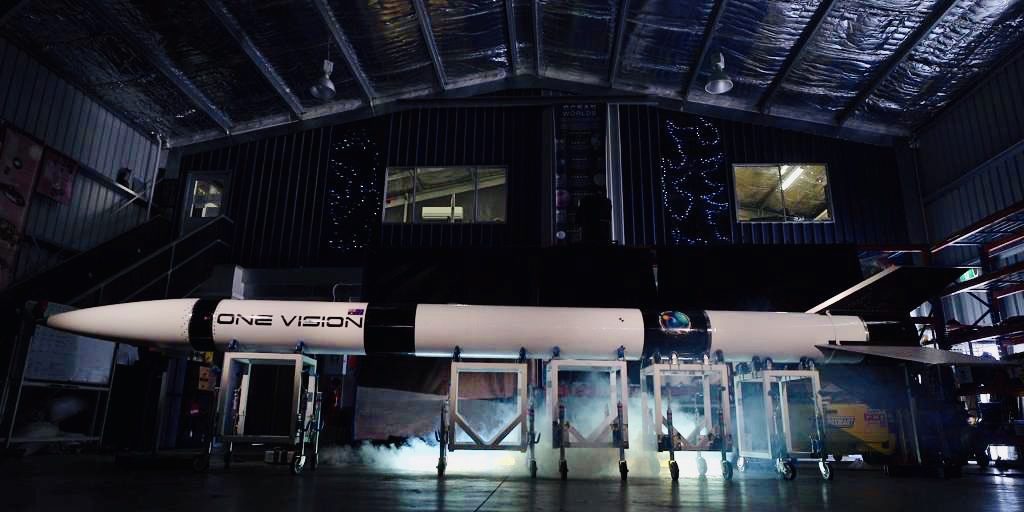 Queensland’s Gilmour Space Technologies has unveiled its latest rocket and named it ‘One Vision’.

The nine-metre tall rocket, which will be launched later this month from a private property in far north Queensland, will be carrying payloads from universities in Singapore and Australia.

CEO Adam Gilmour said: “One Vision is a scaled version of our Ariel sounding rocket.

“Its main objective will be to flight-test our proprietary hybrid rocket engine for commercial orbital launches starting in 2020.”

Gilmour said the company was in the final stages of obtaining approvals for the launch from the Civil Aviation Safety Authority.

This month’s launch will also test Gilmour’s new mobile launch platform and ground control station, which were demonstrated to a state Parliamentary committee inquiring into job-creation opportunities offered by a space industry.

Gilmour said: “There are currently no commercial launch sites for orbital launches in Australia.

“What you see here today will enable us to launch from remote areas in Australia and elsewhere.”

Several proposals are being developed for a permanent launch site in Australia, though the former Woomera rocket range in South Australia is occasionally being used.

Gilmour is developing low-cost launch vehicles for the small satellite/payload market, and is scaling up to launch its first commercial rocket in 2020

Chris Whiting, chair of the Queensland parliamentary committee said: “I congratulate Gilmour Space for being such active and innovative entrepreneurs, really driving the development of the Queensland space industry.

“It’s so critical that other Queensland companies see that they too could be active participants in Space 2.0.”