Gilmour: We can take Australian made rover to moon The Australian-made rover expected to land on the moon later this decade should get there on an Australian-made rocket, according to a local space company which says it could build the spacecraft and help inspire the next generation of Australian aeronautical engineers.

Gold Coast based rocket company Gilmour Space Technologies on Wednesday threw its hat into the ring for the NASA led mission expected to land a 20kg Australian made rover on the moon within the decade.

“We’ve got a technology development roadmap that has a vehicle that’s big enough to take payloads to the moon,” Gilmour Space Technologies founder and chief executive, Adam Gilmour, told InnovationAus. 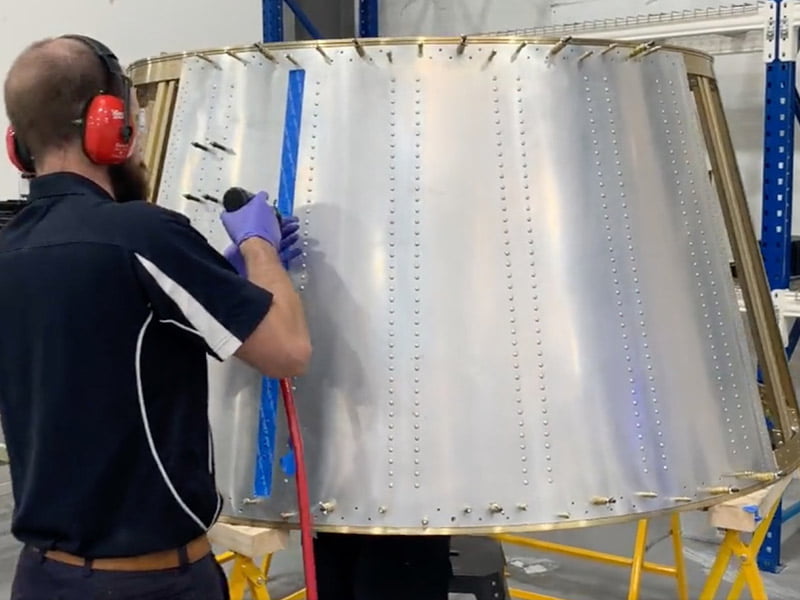 “We’re actually talking to one of the leading companies that’s working on rovers around the world on potential missions with them in 2025 and 2026.”

Overnight Wednesday, the Australian Space Agency revealed it had secured an agreement with NASA to supply it with a semi-autonomous robot for the US agency’s future space missions. The federal government will provide $50 million in funding to Australian researchers and businesses to support the rover’s development through its Moon to Mars Trailblazer program.

NASA plans to land the rover on the moon as early as 2026 to collect lunar soil that contains oxygen atoms, before using additional equipment to extract the oxygen from the soil. The rover will support the development of a permanent outpost on the moon, which would be used in future human missions to Mars.

Mr Gilmour said his company could manufacture and launch the rocket that would carry the Australian made payload to the moon and potentially land it as well. Gilmour Space Technologies is already at the forefront of Australia’s commercial space race, securing $61 million in a Series C round earlier this year – the largest private equity raise by a local space company.

Gilmour Space Technologies working on the main structure of its Eris orbital rocket.

“We definitely are developing a vehicle with moon capability,” Mr Gilmour said. “We do feel confident we can [launch by] 2025/26.”

NASA is using a mix of commercial and international partners for its moon missions and has selected several US firms to deliver equipment to the lunar surface. It has already committed to US rocket companies like SpaceX for the initial launches.

But with government support, Gilmour would become a genuine option for NASA for payload delivery and potentially landing, Mr Gilmour said.

“I’d love to put my hat in to say, ‘Can I at least take it to the moon orbit and get one of these American commercial companies to put it onto the surface if we can’t do [the landing technology] in time?’”

“I definitely want to have the chance to take it to the moon.”

Prime Minister Scott Morrison on Wednesday said the rover mission would support the local space sector and the wider economy in the COVID-19 recovery.

“This is an incredible opportunity for Australia to succeed in the global space sector, and is central to our government’s vision to secure more jobs and a larger share of the growing space economy,” Mr Morrison said.

“By 2030, we want to triple the size of our space sector – adding $12 billion to our economy and creating up to 20,000 new, high-skilled jobs – providing more opportunities for Australians and industries.”

Mr Gilmour welcomed the new focus on rovers and the moon as a way of boosting the local sector. While it is “a little bit risky” for an Australian industry mostly focused on satellites and launch capabilities, it is also where the global space sector is headed, Mr Gilmour said, and a way of generating long term revenue and jobs in Australia.

“I would love to look at the moon and say, ‘There’s a piece of Australian tech on that moon right now and we took it there’.

“That’s awesome. That’s why children will think we can do anything in this country.”

In a statement Australian Space Agency head Enrico Palermo said the rover mission would have benefits beyond the space industry.

“Australia is at the cutting-edge of robotics technology and systems for remote operations, which are going to be central to setting up a sustainable presence on the Moon and eventually supporting human exploration of Mars,” Mr Palermo said.

“This agreement will leverage our expertise in remote operations to grow our space sector here at home, while developments that come from preparing for space will make sure our resources sector keeps powering ahead too.”