Glass half full for Australian wine as China wakes from virus 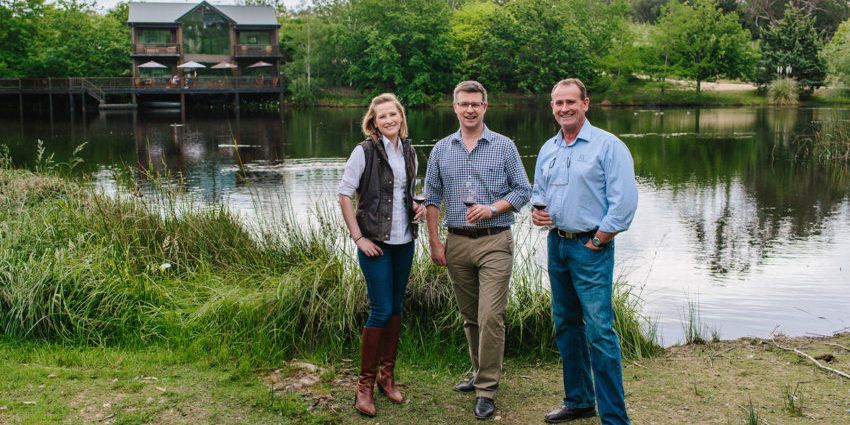 The first “green shoots” are starting to appear for Australian wine exporters into China as the Asian powerhouse emerges from its coronavirus lockdown.

Local wineries are also ramping up online sales to combat dwindling cellar door revenues. But with uncertainty about domestic sales and most other export markets still in lockdown, it is expected to be a long time before the Australian wine industry reaches the heights of 2019.

The timing of the initial COVID-19 outbreak in China just days before Lunar New Year celebrations, which were subsequently cancelled, means there are still large amounts of unsold Australian wine in warehouses and with distributors in China. This means it could be several months after things return to normal until Chinese orders for Australian wine return to previous levels.

China is the biggest market for McLaren Vale and Adelaide Hills company Wines by Geoff Hardy. CEO Richard Dolan said sales this year were down 60 to 70 per cent on the same time last year but “green shoots” were starting to appear in China including a “six-figure dollar value order” this week.

“We’ve had seven or eight smaller orders from China over the last four to six weeks and this latest one adds up to about the same as the previous ones combined,” he said.

“There are some encouraging signs of positivity in China and we’re lucky to have some great distributors over there who are just starting to get back into it.

“We don’t have a lot of exposure in Europe or the US, but I’d imagine those markets are a bit like our own domestic market at the moment.”

The company’s second biggest market is Australia for its brands including Pertaringa and K1. Dolan said cellar door sales had been down in recent weeks despite the introduction of additional measures such as cashless sales, increased cleaning and safe social distancing.

However, he said the cellar door shortfall was being combatted by a spike in online sales.

“We did an email campaign earlier this week and within a day we were sending out a few hundred dozen so we’ll keep going with that as long as we possibly can,” Dolan said.

“People are probably starting to look beyond toilet paper, rice and pasta now and thinking that if they get locked down, they might need a good bottle of McLaren Vale red to go with all the pasta meals they’re rustling up.

“People are trying to do the right thing and reduce social contact and rather than going into a liquor store, they’re ordering online and allowing the delivery driver to drop it at their door.

“I’d also like to think that people are looking to small and local family producers in an effort to keep them going through the downturn.”

Wines by Geoff Hardy’s volumes have grown 10-fold since 2012, largely thanks to success in China, which has also helped it secure several export awards.

Vintage is in full swing across many of South Australia’s key wine region including Barossa and McLaren Vale. A tough season has yields down by up to 25 cent and Dolan said that rather than buying in additional grapes to make up the shortfall this year, his company would reduce the amount it produced in the hope that a softening of supply would go close to matching the reduced demand.

He said wine companies with solid brands that were well-capitalised with low debt levels would be well positioned to recover from the coronavirus crisis.

“It’s a twofold challenge, it’s coping with the here and now, while preparing for what’s ahead and the bounce-back,” he said.

“It’s about reforecasting the business for the rest of this financial year, monitoring cashflows, checking our debtor and creditor statuses, and looking to remodel our FY21 forecasts.”

Australian wine exports to China, including Hong Kong and Macau, in the 12 months to December 2019 increased by 12 per cent in value to a record $1.28 billion. Australia also overtook France in 2019 as the number one imported country of origin in China.

CEO Hamish Baldwinson said a number of large Chinese orders that were put on hold during the lockdown had begun moving again.

But he said there was no doubt the impact on Australian wine exports to China would be very significant.

“China is gradually opening up. The orders we had before the outbreak will be going out this month and next month so that’s encouraging,” he said.

“I believe we’ve got some green shoots but it’s not going to be an overnight turnaround back to where we were, it could take 12 months to get there.

“As an industry we’ve been talking about our reliance on China for a while but no one predicted a virus would bring it undone.”

Baldwinson said locally, there was anecdotal evidence that online sales were booming and retail sales were also on the rise at the expense of on-premise venues such as hotels, bars and restaurants.

“We deal with Dan Murphy’s here in Australia and we’re seeing a big uplift in orders each Monday,” he said.

“This Monday’s order was quite a bit bigger than the previous week so that’s a sign that retail is strong – I’m looking forward to next Monday to see if that continues.

“My concern for the Australian market lies more with the on-trade, I think that’s going to get hit very hard because people aren’t going out.

“While that channel might only be 25 per cent of the total market, a lot of smaller wineries are reliant on it for the majority of their sales so this is a pretty scary time for them.”

One silver lining for exporters is the value of the Australian dollar, which reached its lowest level on Thursday since 2002 when it plummeted below US$0.56.

“That’s very good news to exporters of not just wine but any product,” Baldwinson said.

“The Aussie dollar has been whacked harder than most and I’m quite happy about that because our wine has become cheaper on global markets.

“If you look over the longer history of Australian wine exports, a lot of our success has been pegged to the strength of the Australian dollar.”

However, he said the current vintage was provide a welcome distraction, allowing wineries to focus on production.

“The issue that we’ll see is a time lag of when they’ll be able to get back on a plane to get back into market,” Smedley said.

“If it’s six months as the Prime Minister has suggested then that will have a huge impact because it will rely on established relationships and people remembering what they look like so that’s going to have unknown consequences from our end.

“It’s very important that wine companies keep informed, get some facts, recognise what it means for their business and act accordingly.”

“First and foremost, we’re concerned about the people that rely on Australia’s wine sector for employment. We’re dealing with very real impacts on people’s lives and that needs to be front and centre in our efforts to reduce the impacts of COVID-19,” he said.

“This survey aims to provide us with some key information on cashflow sustainability and likely impact on jobs across the grape and wine supply chain. There are key links and mutual reliance between suppliers and grape and wine producing companies. If the supply sector falls over, then so do our wineries and vice versa; we are very much in this together.”