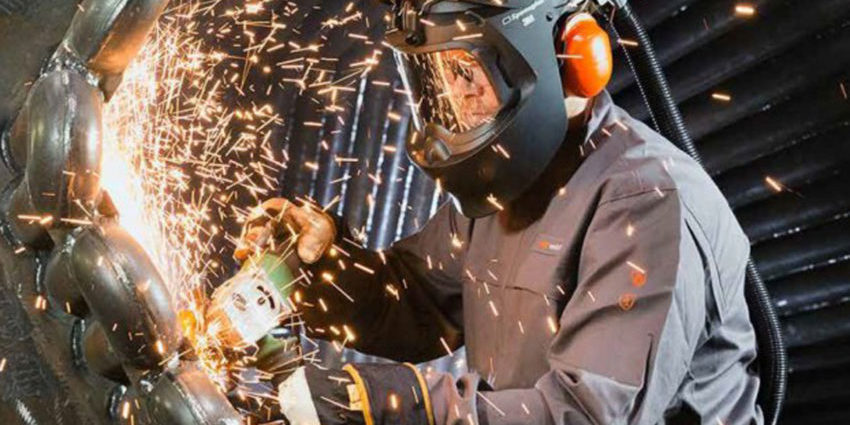 The COVID-19 crisis has the potential to revive Australia’s manufacturing capabilities and reduce the nation’s reliance on global supply chains, according to leading industry players at the heart of Australia’s defence manufacturing sector.

The University of South Australia this month formed a working group of defence primes, SMEs and government representatives to gain insights into the impact of COVID-19 on the local industry.

The COVID-19 pandemic comes at a time when Australia’s manufacturing sector is preparing to ramp up for the next major stages of its $90 billion continuous shipbuilding program in Adelaide.

“In South Australia we have hundreds of these defence SMEs and they are all now really starting to look at all discretionary spend and very much focusing on their immediate projects,” he said.

“They are stretching the rubber band already but it will become their supply chains, their cashflow, their staffing that will all be stretched the longer it goes on.”

Manufacturing has been deemed an essential service in Australia and has so far not been nearly as impacted as many other industries by the coronavirus.

However, as almost all supply chains rely on imported components and materials, the pandemic is exposing Australia’s reliance on other nations, many of which have been far more seriously affected.

Opie said the current situation was “a bit of a sanity check” for Australia’s sovereign industrial capability.

He said major global defence primes with a significant presence in Australia such as BAE Systems, Naval Group, Raytheon and Lockheed Martin were heavily focused on the health and safety of staff in their home countries including the United Kingdom, United States and France.

“We have to step back and reassess what our priorities are in terms of the industry and by that I mean will it result in a resurrection of the Australian manufacturing industry?

“Should we be less reliant on suppliers overseas and should we be making more product locally so we can be more self-sufficient?

“We’ve got good policies in Australian industry capability but when things get tight and we are hit with a crisis situation that really proves that we do need a sovereign industrial capability in this country.”

During the Falklands war in 1982, Australia’s lack of sovereign control over the Oberon program led to delays, cost blowouts and depleted submarine capability in Australia.

Opie said the current situation had the potential to expose Australia’s reliance on the global supply chain, as it did in 1982.

“When we built the Collins Class submarines at Osborne from the late 1980s that was the first instance of Australian defence sovereign capability so this is almost history repeating itself,” he said.

Defence components suppliers are generally selected based on price, quality and supply.

Opie said despite the quality of Australian made parts being just as good, defence suppliers in Australia traditionally sourced products and components from Asia based on price.

“Historically Asia has won out on price but given the current situation, utilising a guaranteed supply from Australian providers should be given a higher priority over lower cost,” he said.

The last of three Air Warfare Destroyers built in Adelaide were last month handed over to the Commonwealth in a ceremony at Osborne, where construction of Offshore Patrol Vessels is well underway.

Nine Hunter Class anti-submarine warfare frigates will be built by ASC Shipbuilding at the Osborne Naval Shipyard in Adelaide in what is being described as the largest surface ship project in Australia’s defence history.

The Osborne Naval Shipyard will also be where 12 Attack Class Submarines are built from 2023.

The projects are also expected to generate thousands of additional jobs in South Australia and interstate at defence primes and smaller component manufacturers, which are being contracted to supply parts and expertise.

ASC Shipbuilding has become a subsidiary of BAE Systems throughout the Hunter Frigate build process before ownership is returned to the Commonwealth at the completion of the project.

The Hunter Class Frigates are based on the Type 26 Global Combat Ship, which BAE Systems is building for the United Kingdom’s Royal Navy in Scotland.

The first of more than 40 ASC shipbuilding staff seconded to BAE’s Scotland shipyards as part of a knowledge transfer are beginning to return to South Australia after up to 18 months in the United Kingdom learning how to build the ships.

The two-year first building of five test blocks at Osborne is beginning in December this year with building of the first frigate expected to commence in 2022 utilising Osborne’s new digital shipyard.

ASC Shipbuilding Managing Director Craig Lockhart said the Australian capabilities developed during the Hunter program had the potential to create export opportunities beyond the frigate build.

“We’ve built a very strong network around the Hunter program and I think we’re making really good progress in terms of that Australian industrial capability and bringing that business to our shores,” he said.

“The Hunter program is well placed to be front and centre in South Australia and lots of the other states when we come out of this stage we’re in at the moment and we start to think about how we generate wealth and jobs.“