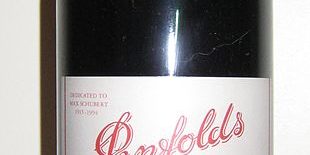 Senior representatives from the world’s most celebrated wine regions have arrived in South Australia for the Great Wine Capitals of the World Annual General Meeting.
This is the first such week-long global gathering since Adelaide was named a Great Wine Capital in 2016.

According to the Organisation of Vine and Wine, Australia was the world’s fifth largest wine-producing nation in 2017 behind Italy, France, Spain and the United States.

Wine Australia recently reported a growth of 20 per cent growth in the value of Australian wine exports to a record $2.76 billion in 2018. This is the highest rate of export growth in 15 years.

South Australia is consistently responsible for about 50 per cent of Australia’s annual production and 75 per cent of its premium wine.

The premium wine sector has been a particular export success. The latest figures showed the average value of wine grew by 9 per cent to $3.24 per litre, its highest value since 2009.

While bulk wine remains important, bottled and branded – often from SA – wine is increasingly important. The value of bottled wine exports increased by 19 per cent to $2.2 billion in 2018.

“Wine is a product you experience rather than merely consume,” she said.
Picture: Penfolds Grange.