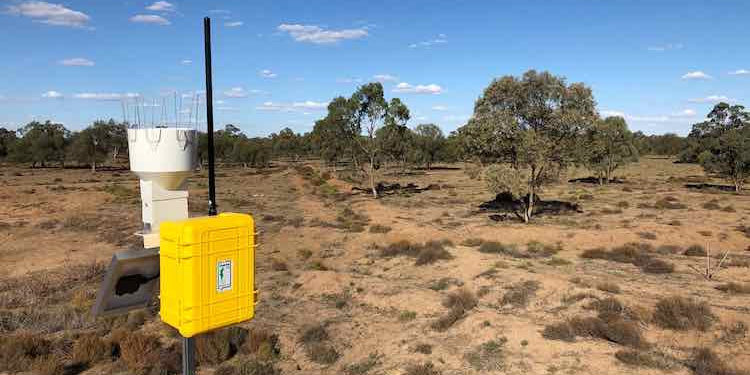 Goanna Ag, a subsidiary of agricultural IoT company Discovery Ag, has partnered with satellite operator Myriota to develop a system to remotely manage and optimise water use on Australian farms.

Goanna Ag says the system will use its sensors communicating over Myriota’s direct-to-orbit IoT satellite network to “unlock the power of remote monitoring at a price and scale never seen before.”

Goanna Ag has partnered with Myriota to develop the system and has deployed a small number of rain gauges and water tank monitoring devices as part of a trial on Australian farms.

According to Goanna Ag remote monitoring has emerged as an efficient approach to managing water on Australian farms over the past decade but the relatively high cost of hardware and communications, complexity of data, less than robust sensors and a lack of field support have prevented widespread adoption.

The company’s announcement said it was now taking pre-orders for its rain gauge and tank monitoring products, that commercial would start in October and that prices for the service were being finalised.

However a news item posted on its website dated 14 June offered an initial batch of 300 to be ready in October as follows.

GoTank – a real time saving solution for monitoring water tank levels. If you run livestock and rely on water tanks, this is for you. $859 + GST

GoCombo – combines the functionality of our GoRain & GoTank devices, but at an even more compelling price. $1,199 + GST

The company says future iterations of the rain gauges will integrate smart functionality, including point specific weather forecasting generated by the Bureau of Meteorology, aggregated and granular rainfall mapping, and an initial on-the-go yield forecaster for dryland cropping.