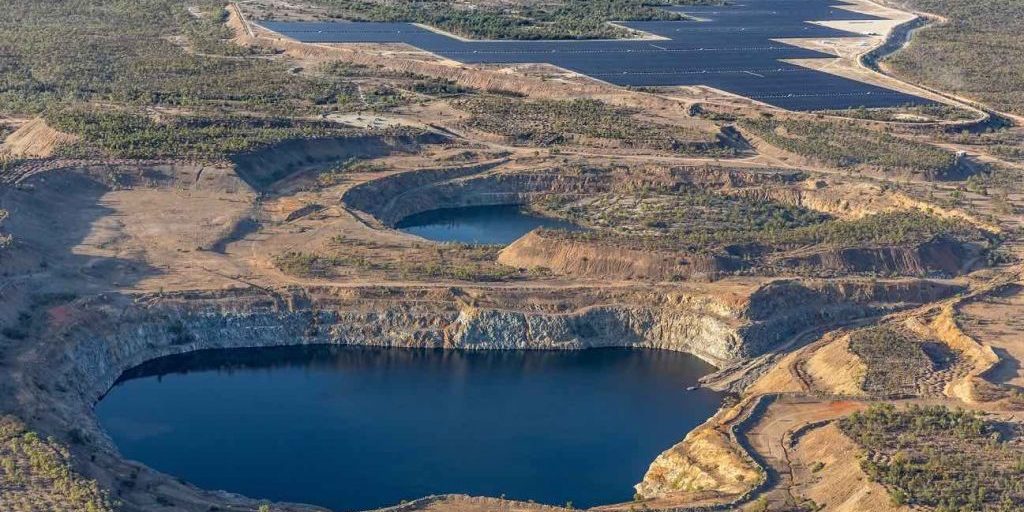 The disused open cut Kidston gold mine in Queensland is to be repurposed into a massive pumped hydro electricity storage system.

The Australian Reneawable Energy Agency (ARENA) has announced $47 million in funding for Genex to construct a pumped hydro system to store energy from a 50 MW solar farm that is already operating and a planned 150 MW wind farm to be built in 2022.

Genex’s $777 million project will essentially turn the existing mine pits into a giant battery.

Water will be pumped into an upper storage reservoir when energy prices are low, then released through reversible turbines into the lower reservoir to generate power when demand for electricity is high.

The process allows energy from the solar and wind farms to be fed into the grid around the clock, providing a ‘dispatchable’ on-demand supply of electricity.

The new facility will have 250 MW capacity and 2000 MW/h of duration, providing approximately eight hours of energy storage – enough to power 143,000 homes.

Genex said the plant will have a start up time of less than 30 seconds, allowing it to respond quickly to any shortages of electricity supply.

Genex CEO James Harding said: “ARENA has continued to provide support and guidance to facilitate the development and financing of the K2-Hydro Project.

“(It is) the first in a series of potential private sector pumped hydro developments which will play a crucial role in balancing the increasing penetration of renewable energy into the electricity grid.”