Government adds flexibility to R&D but when will incentive cuts take effect? 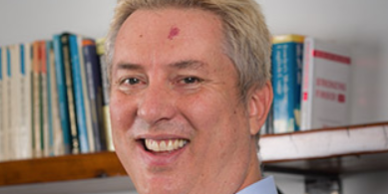 The end of the financial year is fast approaching, but manufacturers still do not know when controversial cuts to R&D tax incentives will apply. With the Covid-19 pandemic highlighting the role of innovation, Kris Gale calls for the federal government to abandon its reforms.

The federal government is to be congratulated for announcing additionally flexibility in the R&D tax scheme regarding the lodgement of Advance and Overseas Finding applications which apply to overseas R&D expenditure.

A three month extension for lodgement of applications previously due on 30 June, 2020 is welcome, however, there remains no news regarding the confirmation that the proposed changes contained in the R&D tax reform Bill will not apply to the 2019/20 income year.

This further underlines the pressing need to confirm that the Treasury Laws Amendment (R&D tax incentive) Bill 2019, which reduces the level of available R&D support across the board, does not apply to the 2019/20 income year.

The bill has been widely opposed and even a government-dominated Senate committee recommended it should not proceed, but with very minor changes it has now reached the second reading stage.

The Bill cannot pass until after the resumption of Parliament in August which would see the measures taking retrospective effect, several months after when many applicants will have already lodged their 2019/20 R&D tax returns.

It is well known that the Bill is lacking in support in its entirety, not just in its retrospectivity.

Given the way that the current pandemic has underlined the critical role of science and innovation in our modern world, the Federal Government should take this opportunity to confirm that the Bill will not be proceeded with.

This fillip will see companies getting on with their innovation programmes with renewed enthusiasm and optimism.

And there can be no doubt that these are qualities whose stocks need replenishing right now.