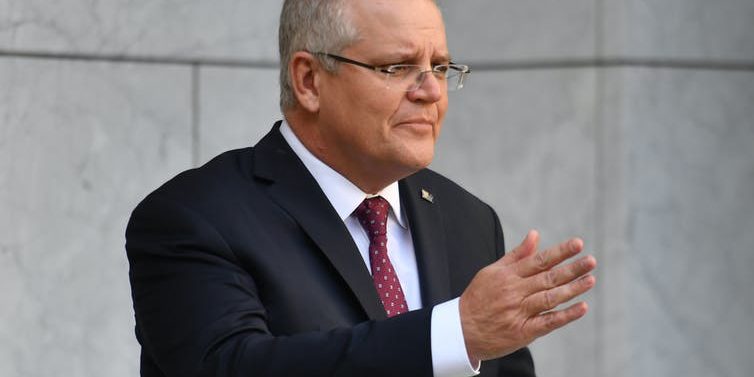 The Morrison government has announced $2 billion – to be augmented by another $500 million from the states – for a skills package to boost training and job creation.

A $1 billion JobTrainer program will provide training or re-skilling for up to 340,700 school leavers and job seekers. Places for courses will be available from September.

This is to be funded on a 50-50 basis with the states. The government says there has been early support from most states after Scott Morrison raised the plan at national cabinet last week.

To get the JobTrainer funding the states will need to sign up to an agreement to reform their vocational education and training systems. Morrison has previously said the VET system needs to be simplified and better attuned to the skills employers are seeking.

The start of the courses would come just before with the scaling back of government COVID support measures. Not only are a huge number of unemployed in the job market but school leavers looking for jobs will find it extremely difficult.

The package also includes an extra $1.5 billion to expand and extend the wage subsidy for apprentices and trainees. This follows $1.3 billion announced in March.

Eligibility will be widened from small businesses to medium-sized businesses with 199 or fewer employees. The subsidised apprentices will have had to be in place from July 1.

The program will also be extended by six months to the end of March.

The subsidy covers half the apprentice’s wages up to $7,000 a quarter.

Already $365 million has been paid out under the program.

The JobTrainer courses will be free or low cost and aimed at areas of need. These areas will be identified by the National Skills Commission in consultation with the states.

Morrison said: “COVID-19 is unprecedented but I want Australians to be ready for the sorts of jobs that will come as we build back and recover. The jobs and skills we’ll need as we come out of the crisis are not likely to be the same as those that were lost.”

Current sectors looking to expand their workforces include health care and social assistance; transport, postal and warehousing; manufacturing; and retail and wholesale trade.

The courses will be delivered by public, private and not-for-profit providers.

Speaking on Melbourne radio on Wednesday, Morrison again made it clear the government will avoid a hard cut off of assistance at the end of September. He said it would continue to provide income support to those who needed it.

“And obviously in Melbourne in particular, that demand is going to be very great now for some period of time.”