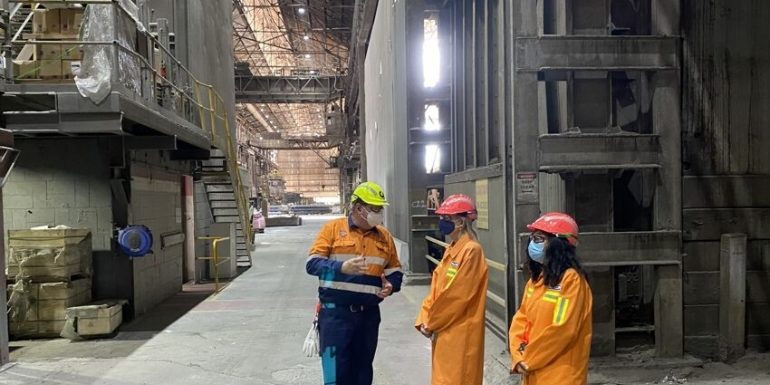 A Cooperative Research Centre for sustainable manufacturing should be established to support new domestic green metal and green hydrogen industries, a Labor-led Senate inquiry into Australian manufacturing has recommended.

The proposals follow evidence to the inquiry that Australia has one of the most energy intensive manufacturing industries in the developed world that still accounts for one fifth of the country’s total energy consumption despite the industry shrinking in size over several decades.

However, in a dissenting report, government senators rejected almost all the recommendations as counterproductive intervention, claiming existing policies had have “been effective in promoting the development of Australia’s manufacturing industry”.

Several of the recommendations go to more investment, coordinated policy and local procurement. But Australia must also take advantage of an abundance of renewable energy sources and its world leading science in a manufacturing rebuild, the committee found.

While energy consumption in the manufacturing industry has declined over the last decade thanks to efficiencies and the move away from intensive sectors and technologies, it still accounts for nearly 20 per cent of the Australia’s total final energy consumption, according to Industry department figures.

Australian manufacturers are the most energy intensive in the OECD, and account for around 40 per cent of Australia’s total natural gas consumption, according to the Clean Energy Finance Corporation

Green hydrogen was recommended as a potential long term gas source for Australia’s manufacturing industry and as an export product, while it and other clean energy could also help support a new green metals industry.

The fundamental work of greener industries should be supported by a new Collaborative Research Centre (CRC) for sustainable manufacturing that would “operationalise hydrogen and to identify opportunities that would support the development of a green metals industry powered by clean energy”, the committee recommended. More investment for the entire CRC program and the Industry Growth Centres was also recommended.

Australian scientists like UNSW’s Veena Sahajwalla are considered world leaders in sustainable manufacturing processes, while companies around the world say they are on track for industrial production of green steel by the end of the decade.

Analysis in 2020 by the Grattan Institute found if Australia developed a green steel industry that captured about 6.5 per cent of the global steel market it would generate about $65 billion in annual export revenue and could create 25,000 manufacturing jobs in Queensland and NSW.

But the latest proposals seem unlikely after Liberal Senators dismissed the green hydrogen recommendation, saying it would be “unwise” to focus too heavily on the renewables created hydrogen while fossil fuel produced “blue” hydrogen is a cheaper alternative for the short to medium term.

The government senators also dismissed the call for a CRC for Sustainable Manufacturing to operationalise hydrogen and to support the development of a green metals industry, querying how the new work “would add anything” to the work currently taking place under existing clean energy programs.