Growth centres on their own from 2022, likely face extinction 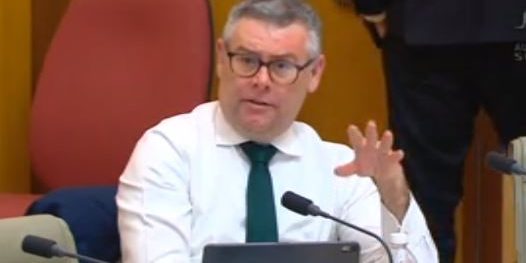 The federal government has all but confirmed that the six industry growth centres will be on their own and receive no government funding after June 2022, at which time they are expected to transition to be ‘self-sufficient’.

This is a proposition considered to be highly unlikely according to a secret report on the growth centres, revealed by @AuManufacturing last week, that the government has been sitting on for six months.

In an afternoon of questioning in Senate estimates on Friday of officials from the Department of Industry, Science, Energy and Resources and assistant industry development minister, Senator Jonathon Duniam, no hope of further funding was forthcoming.

In a session marked by non-answers to questions and others from Labor Senator Murray Watt (pictured) taken on notice, it was left to general manager industry capability Donna Looney to issue what amounts to a death sentence to the six centres.

Looney said: “The original intent of the IGCs was that they would have 4 years of funding.

“That has since been extended two years, but the intent was always that following the four years the growth centres would transition to self sufficiency and find alternate funding.”

She said the industry growth centres initiative would continue after that date, suggesting that new centres more closely mirroring the focus areas of the government’s modern manufacturing initiative might be established.

But: “The additional funding has been extended twice (and) it is not that the initiative will not continue but that those growth centres will have that additional second tranche of funding out to the end of June 2022.”

During questioning about @AuManufacturing’s reports on the secret report by consultants ACIL Allen, the point was made that the growth centres in Advanced Manufacturing (AMGC), Cyber Security, Food and Agribusiness (FIAL), Medtech and Pharmaceuticals (MTP Connect), Mining Equipment, Technology and Services (METS Ignited), and Oil, Gas and Energy Resources (NERA) were always designed to be self-sufficient.

Asked why has there been no commitment beyond one more year, industry department secretary David Fredericks said: “That’s the decision government has made, Senator.”

However the ACIL Allen report’s key findings are: “In ACIL Allen’s view, noting that none of the international comparators operate on purely private sector funding, it is unlikely the GCs will become self-sustaining.”

It is true some of the growth centres believe they can have a future after June 2022, but there is meagre evidence to suggest this is realistic.

Asked by Senator Watt about alternative funding it was suggested that AMGC had entered into an agreement with the Northern Territory government to deliver programs on its behalf.

Not mentioned in the hearing is the fact the MTP Connect is also administering grant funds for the Department of Health.

But none of that demonstrates that self-efficiency is likely.

Senator Watt noted that ACIL Allen had found the GC’s ‘lack the resourcing and structures to drive transformational change at a sectoral level’ and that ‘…additional funding is required to help GC’s scale’.

Senator Watt: “Is the reason the government is not releasing this report because it doesn’t want made public concerns about funding of an initiative that this report has found to be an efficient way to use taxpayer funds.

“Is that why it is still on departmental desks six months after it has been received?”

There was no answer to this question.

Let’s for a moment put aside that the major flaw in the design of the growth centres is they do not marshal public sector research along with grant funds to solve industry problems, as do the cooperative research centres.

The central problem with the government’s belief that self-sufficiency is possible then comes down to the poor design and lack of funding of the growth centres compared to overseas models – issues made clear in the $400,000 plus consultants report.

There are 71 German Fraunhofer institutes that receive 2.8 billion Euros of public funds annually compared to the $50 million a year received by the growth centres.

The UK’s Catapult program was designed from the start on a model of one third core public funding, one third obtained by competing for other government grant programs and one third from contract research.

Our growth centres only get core government funding.

Their only feasible additional route of securing contract funding from industry is simply not possible.

The growth centres dispense grants based on their deep knowledge of the sectors in which they operate and provide valuable support to businesses.

Whereas the Catapult centres are major research centres at universities and other public sector research groups which have been massively capitalised so they have equipment and facilities that can contract out work.

No private company is going to contract what is essentially a capital city office to carry out research on their behalf…they would contract directly with universities or CSIRO.

This leave me speculating on that the government intends.

Does it intend to set up another group of growth centres based on the same flawed design, abandoning the original six?

Or does it intend simply to allocate the $800 million in the forward estimates for growth centres directly as grants announced by the ministers’ office?

The latter would be a disaster for manufacturing, and the former just a continuation of a scheme that its own review has found is in need of serious reform.