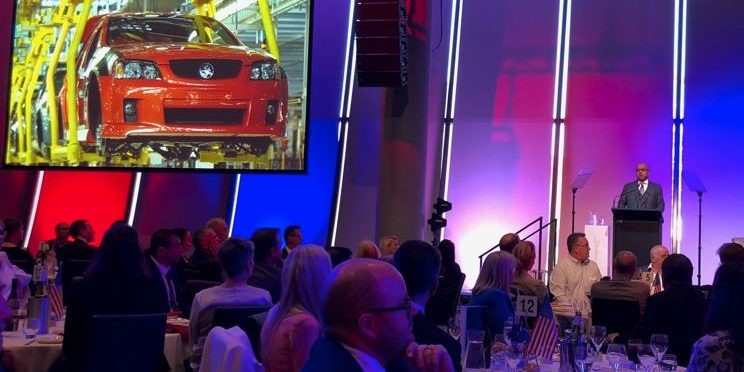 Steel and aluminium magnate Sanjeev Gupta has made an impassioned call for Australia to use its natural resources to produce green hydrogen for export but also to embrace green steel manufacture and export.

Speaking at an AmCham meeting in Adelaide today Gupta, chairman of GFG Alliance, announced investment to boost the company’s output of magnetite iron ore from the Whyalla region where it operates one of Australia’s two primary steel works.

GFG’s mining arm, SIMEC Mining, is completing construction of the first of a two-phase de-bottlenecking process which will increase magnetite concentrate production to 2.5 Mtpa.

Gupta said this work marked an important step in GFG’s journey to develop South Australia’s vast magnetite resource to support its ambitions to be carbon neutrals by 2030 – a process he called CN30.

Gupta said: “Our purpose is to create a sustainable future for industry and society and that starts right here with magnetite – a critical enabler of our global GREENSTEEL strategy.

“…Combined with renewables, particularly solar from our Cultana Solar Farm, our port, a skilled workforce, and supportive community and government, we are in a unique and enviable position to create a world leading GREENSTEEL hub and help fulfil our CN30 mission. That’s exciting.”

DRI enables the use of hydrogen as an alternate reductant to fossil fuels, and when fed by renewable energy it makes GREENSTEEL.

Gupta said Australia should aim to be a world leader in a clean hydrogen economy, not only by exporting green hydrogen, but using it to produce green products such as steel.

He said Australia produced enough iron ore to produce 500 million tonnes of steel a year, yet less than one per cent of that was turned into steel.

“Our solution is logical and obvious.

“Rather that trying to ship hydrogen abroad, use it domestically…it will allow us to produce GREENSTEEL free of fossil fuels.”